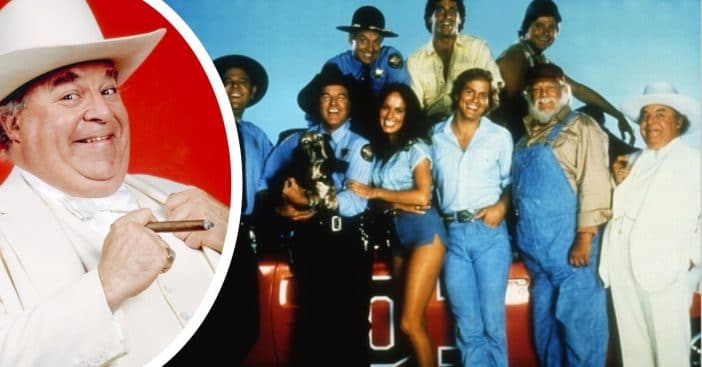 It’s always too easy to project a character’s traits onto perceptions of the actor in their personal lives. But that’s even more a tribute to the actor’s job, to stretch the boundaries of who they are. For Sorrell Booke, who played Boss Hogg in every iteration of Dukes of Hazzard, his character was a slovenly villain. Booke, though, came into the role with a Shakespearean background from Columbia and a Master’s degree from Yale.

If that wasn’t enough, he had also been valedictorian in high school. In fact, while Boss Hogg has been called funny for being “an ineffectual bad guy,” Booke built a strong, diverse background full of triumphs for himself, from multilingual mastery to wartime heroics.

If only J. D. Hogg was like Sorrell Booke

Enraptured by money, Boss Hogg often resorted to underhanded criminal means to earn cash. His actor, Sorrell Booke, took a different route, enriching himself with hard work and education. In high school, he graduated top of the Class of 1946, but he was also just 16 when he secured enrollment for himself at Columbia University, ranked among the top of Ivy League schools that has put out 33 Academy Award winners. There, he performed Shakespearean plays with the drama club, before graduating at age 19 in 1949 and moving on to secure a Master of Fine Arts from Yale School of Drama.

RELATED: ‘The Dukes Of Hazzard’ Secrets Fans May Not Know

Along the way, he picked up a language or two or five, including Russian and Japanese. Such a rich background and broad skillset as his gave Booke a unique opportunity in the Korean War when he was called to serve; he ended up serving as a counterintelligence officer, effectively a spy. That time of his life isn’t one Booke often spoke about openly, and when he returned stateside he dove right back into acting – in a much safer environment, this time.

Still not quite matching up

Sorrell Booke wasn’t done stretching his ability to play pretend. Hogg’s full name, Jefferson Davis “J. D.” Hogg, is derived from the president of the Confederacy, yet Booke himself was a native of Buffalo, New York. Thankfully, throughout his life, even in the early years, he loved doing imitations to make fast friends with people.

He pulled out the same stops when playing Boss Hogg, though when the producers decided they wanted Hogg to be physically bigger to have more of a literal presence, there was only so much Booke could do. He ended up wearing a fat suit, completing his transformation from a multilingual drama club spy to the inoffensively, amusingly greedy Boss Hogg. Who could have ever guessed?