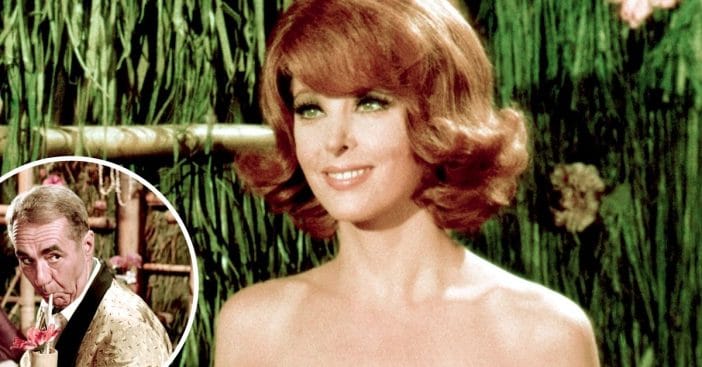 Tina Louise played Ginger Grant on Gilligan’s Island. The show ran in the ’60s and now Tina is sadly the only surviving cast member of the iconic show. She recently opened up about her time on the show and shared who she thought her sexiest co-star was. She simply said, “It’s Jim [Backus].”

Jim played Thurston Howell III. Tina shared, “Jim was hilarious. Humor, hon. He was so funny and he used to go to the psychiatrist every day and tell me the news of the day … But just in general, he had a great sense of humor. He was adorable.”

Tina said that she is currently living in New York City and is open to dating. When asked about the qualities she’s looking for in a partner, she said, “He’d be funny, have a good heart and money wouldn’t matter if we were stuck on an Island.”

RELATED: ‘Gilligan’s Island’ Star Tina Louise Did Not Want To Be Painted As “One-Dimensional” Bombshell

Tina also revealed her current celebrity crush: John Oliver! She said, “I like his dimples. I like him. He’s terrific. Bright. Cute. Funny. You have to enjoy each other’s company and have something to talk about. That’s important.”

We hope that Tina finds that special someone soon! In the meantime, catch up on what Tina has been up to and what the other Gilligan’s Island cast members did after the show ended below: