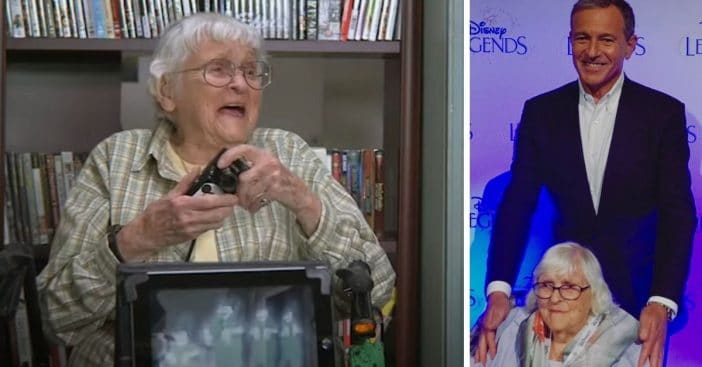 Disney legend Ruthie Thompson, who worked on nearly every Disney animated film up through The Rescuers before retiring in 1975, has died at age 111. The legend began her career at Disney working in the Ink & Paint department on Snow White and the Seven Dwarfs. Robert Iger, former CEO of The Walt Disney Company shared the news online in a statement.

“RIP Ruthie Thompson…a true animation legend. Her contributions to Disney—from Snow White to The Rescuers—remain beloved classics to this day. While we will miss her smile & wonderful sense of humor, her exceptional work & pioneering spirit will forever inspire us,” he writes.

Remembering the life and legacy of Ruthie Thompson

RIP Ruthie Thompson…a true animation legend. Her contributions to Disney—from Snow White to The Rescuers—remain beloved classics to this day. While we will miss her smile & wonderful sense of humor, her exceptional work & pioneering spirit will forever inspire us. pic.twitter.com/jbxeuRsjIW

Thompson was born in Portland, ME in 1910. By the 1920s, she was growing up in Hollywood after making moves during the end of World War I. “I used to walk by the Disney Bros. storefront,” Thompson previously shared. “I was curious and snooped around, and, finally, they invited me in for a look. After that, I’d visit quite often. I remember sitting on the bench and watching Roy shoot the animated cels onto film.”

This would begin a long-term relationship between Thompson and the Disney Bros. “Once Roy asked us neighborhood kids to play tag in the street, while he photographed us with a movie camera… I suppose it was for the Alice Comedies; he paid each of us a quarter, which I was glad for because I could buy licorice.”

She soon moved her way up to developing camera moves and mechanics for shooting animation. Thompson soon became one of the first three women to be invited to join the International Photographers Union, Local 659 of the IATSE. She continued moving up the ranks at the company and eventually become the supervisor of the screen planning department.

Here’s a list of some of the beloved Disney films she worked on:

Thompson also offered up some life advice when she turned 110 years old. “Have fun. Try to do as much as you can for yourself. Remember all the good things in life.” Rest in peace to a true Disney legend.