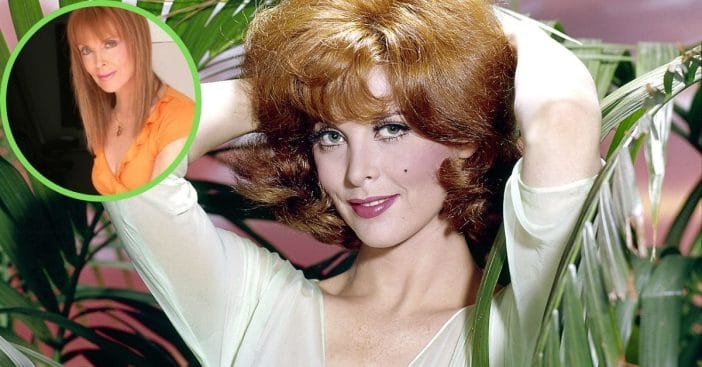 When a three-hour tour turns into the trip of a lifetime, several islanders must do what they can to make it back to civilization. One particularly memorable member of the crew included Ginger Grant, played by Tina Louise. What did the beautiful redhead get up to after escaping Gilligan’s Island?

Born on February 11, 1934, Louise began acting in 1955. By 1958, she already won the Golden Globe for Most Promising Newcomer for her work in God’s Little Acre. But even that early on, her talents extended beyond acting. She and legendary saxophonist Coleman Hawkins teamed up for the album It’s Time for Tina.

Life in the limelight as Ginger Grant

Just one year after this musical debut, the future Ginger Grant won the title The World’s Most Beautiful Redhead by the National Art Council. Indeed, she would become a favorite among the male audience members. It was definitely deserved because she studied multiple disciplines: dancing, acting, and singing among them. She worked hard to fulfill the dream she set – and began – early on, ever since she was two and appeared in an ad for her father’s candy store.

At first, her resume consisted of Broadway titles, starting with her role as Betty Davis in Two’s Company in 1952. Slowly, her resume started including films, but she redirected course when a certain island appeared on the horizon. To fill in the role of the stunningly beautiful Ginger Grant, Gilligan’s Island‘s team initially turned to Jayne Mansfield. However, Mansfield turned it down. That’s how the world’s most beautiful redhead Tina Louise became Ginger Grant.

No cast members could leave the show until their characters did. So, Louise saw the show through to its end. But after, she severed most ties with it. Indeed, she feared Gilligan’s Island forever tarnished her career. One common fear among TV stars includes typecasting and that’s certainly what Louise worried about.

In the 2000s, she took a break from acting altogether, but now she’s back and her latest credit dates to 2019 in Tapestry alongside Stephen Baldwin. These days, she balances her life as a performing artist with her personal family life. She is a lifelong member of the Actors Studio and is a vocal champion of children’s literacy. She has both volunteered at local public schools since the late ’90s and she herself penned a book in 2007 entitled When I Grow Up; a portion of the proceeds from the novel went to children’s literacy programs. In between this work, she enjoys time with her family, which includes daughter Caprice Crane, who she had with interviewer Les Crane. Caprice followed a similar path as her parents, becoming an MTV producer and a novelist.