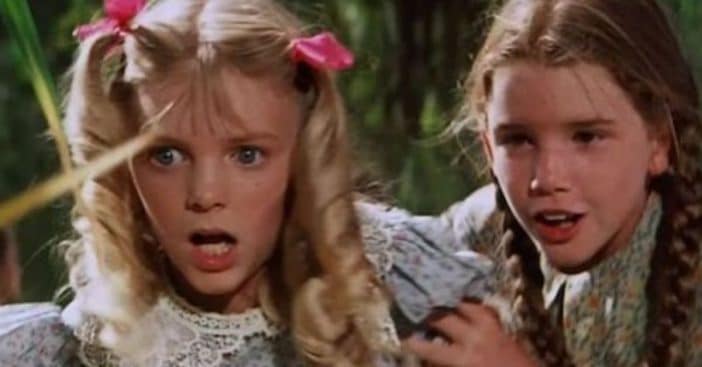 The infamous Nellie Oleson was often at odds with Laura Ingalls throughout Little House on the Prairie. The two are often associated with thoughts of rivalry and the occasional bitter teamwork. But no one would know that looking at the ongoing friendship between actresses Alison Arngrim and Melissa Gilbert.

In fact, while their characters bickered and competed in front of the screen, the two girls went on to form a strong bond through the show, a bond that both actresses say lasted through the show’s conclusion and into present day. Here’s the real nature of the relationship between Nasty Nellie and Half Pint.

Speaking with Fox News, Arngrim explained that she and Gilbert actually became fast friends through working on Little House on the Prairie, in contrast to the refined verbal sniping their characters got up to. “It’s funny,” she admitted. “I think if you play enemies on set you end up becoming friends. We hit it off right away. We had slumber parties. … visit each other’s houses on weekends – people couldn’t believe it.”

Not only that, their friendship persisted into present day. “We check in on each other all the time,” Arngrim explained of herself, Gilbert, and many former cast mates. In fact, in early October, Gilbert shared a photo to her Instagram of a scene with her and Arngrim as their respective Little House characters. In it, she called Arngrim “one of my very dearest friends and very favorite on-screen partners.”

Appearances can be deceiving

The idea that the two young actresses might be friends seemed inconceivable to outsiders, Arngrim also revealed. “I remember we were 13 and at a supermarket together,” she shared. “She went over to one aisle to look for something and people recognized us. And they suddenly felt compelled to protect her from me, like I was coming for her. People were just freaked out that we were friends and would go to places together. We still do.”

Those misconceptions continued well after the show ended. While in their forties, the two attended a party together and both ended up in the kitchen. An onlooker saw them together and said “It’s so good to see you two getting along now.” The two were so shocked, they could not even imagine why someone would say such a thing, except perhaps from a tabloid story about a feud. After some bewilderment, Gilbert finally realized, “Oh you mean the show!”

Contrast this perceived rivalry with the real nature of how these actresses spend their time: talking and texting, considering one another family. “The truth is, there wasn’t a point where we didn’t like each other,” Arngrim stressed.