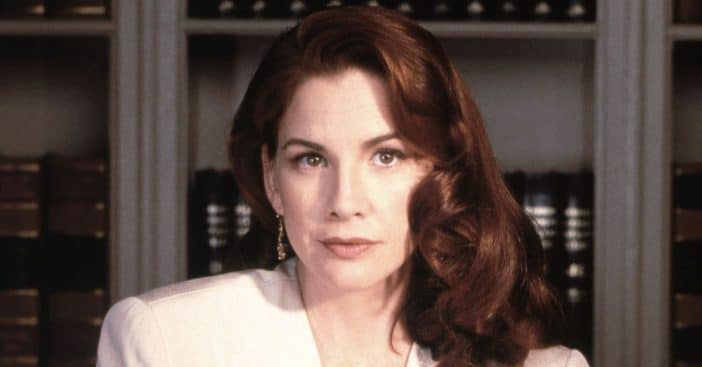 Melissa Gilbert doesn’t seem like the violent type, but she did admit she wanted to punch one of her former cast members. Melissa is best known for her role as Laura Ingalls on Little House on the Prarie. While she got along with most of the cast, there was one person that she had some issues with later in life.

During the ninth season, actress Shannen Doherty played Jenny Wilder on the series. Jenny lives with the Wilders after her father dies and was on the last season of the show. In her memoir, Melissa admits that Shannen followed her around all the time on set. Shannen was 12 at the time. Melissa revealed that Shannen said she wanted to be Melissa when she grew up.

Melissa had a big problem with Shannen

However, things turned sour later on. When Melissa was briefly separated from her first husband, Bo Brinkman, they had therapy sessions to try to reconcile. He revealed that he hooked up with Shannen, who was then 22 years old. Then, Melissa ran into Shannen at an awards show and it sounds pretty awkward.

RELATED: ‘Little House On The Prairie’: Melissa Gilbert Was A Bit Of A Groupie And ‘Wild Child’

She said, “As I came offstage, Shannen and Luke Perry were in the wings, getting ready to present an award. She looked at me and attempted to give me a hug. I pushed her away and said, ‘I don’t think so.’ I know. I know what you did with my husband.’”

She continued, “She looked me square in the eye. I thought I saw a barely perceptible smirk. Then she said, ‘I told you that when I grew up I wanted to be just like you.’” So, Melissa once said that if she ever saw Shannen again she would punch her in the nose!

Let’s discover a little more about the best little show… 🙂