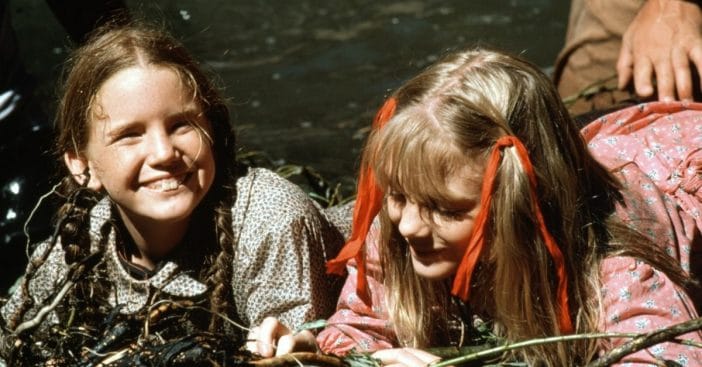 Melissa Gilbert and Alison Arngrim had to cover up their braces when they got them while on Little House because, well… they didn’t have braces back in the 1800s. It’s no surprise that a lot of the child actors went through a lot of physical changes as they grew up on the show, so much that the cast members even have a specific dental routine when it came to their teeth, braces, etc.

Additionally, makeup or basic adjustments had to be made in order to mirror the show’s time period. “Growing up on the set came with other unusual challenges,” writes Charlotte Stewart, who starred as Walnut Grove school teacher Eva Beadle for the first four seasons of the show.

She continues, “At one point both Alison and Melissa Gilbert had braces, which of course didn’t exist in the 1870s. The makeup people solved that by applying white candle wax to their braces, requiring the poor girls to spend the end of their day getting that gunk out of their teeth in addition to shedding the pounds of pancake makeup we all wore.”

However, there were sometimes when even makeup and basic adjustments just weren’t enough. “If you keep an eye out, you can sometimes see the braces,” Stewart reveals. “There’s a scene in [season 3] ‘Bully Boys’ in which Melissa Gilbert sits up in bed at night with an idea she wants to tell Mary about. The light hits her teeth just right and you can see the glint of metal.”

Click for next Article
Previous article: Dennis Wolfberg Of Quantum Leap Was Destined For Comedy Before His Death In 1994
Next Post: John Travolta’s Daughter Ella Celebrates Dad On His 68th Birthday With Throwback Photo