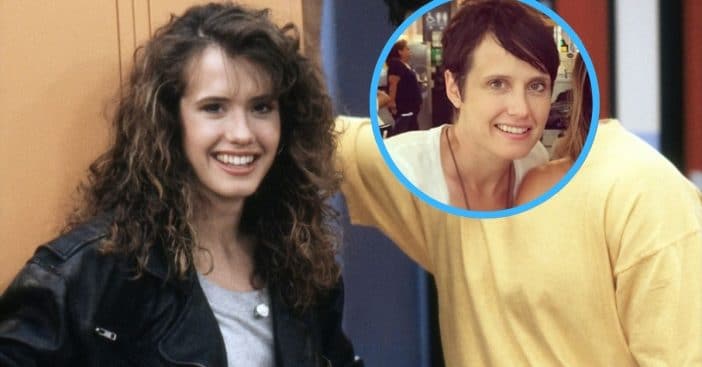 The late-’80s to early ’90s sitcom Saved by the Bell followed students and staff of Bayside High School through various wild scenarios and popular romances. Tori Scott proved a major part of the latter plot element, even though she arrived during senior year. Despite this late entry, Tori’s actress, Leanna Creel, took an early exit from acting shortly after the show ended, an exit that has lasted 25 years.

So, what did Creel get up to after she stepped back from the limelight? She began acting in 1987, when she was around 18 years of age. By the time she joined the final season of Saved by the Bell, she would have been around 23. Today, she is 51.

Standing out from the start

As it turns out, Leanna Creel is from a set of triplets, with identical sisters Joy Creel and Monica Lacy. Together, they became an acting trio. While Joy was abroad, Leanna and Monica played the part of twins on Growing Paints in 1987. All three of them had their big break thanks to another Disney program, Parent Trap III two years later. In fact, the movie was all theirs. “They weren’t thinking of doing a Parent Trap III with triplets until they met us,” Joy explained. However, Parent Trap planted the seeds for Creel’s unshakable interest in directing. “I was showing a lot of interest with the camera crew and the cameras and the directing,” she reflected. “I remember at the end, the crew gave me a T-shirt, and it was like me surfing on a surfboard with a camera on my shoulder. … The camera crew even recognized that I was going to be behind the camera.”

Creel might have had another acting gig lined up with her sisters, but the series Disney was developing had the main characters as witches, which was a conflict because, according to Creel, they “were, at the time, very religious.” Still, the triplets found work as a trio and Creel landed work on her own, most notably as the third wheel to the end game couple Zack and Kelly. Following this credit, Creel had two more TV jobs, each of which lasted one episode each, ending with Ned and Stacy in 1997, almost 25 years ago.

Leanna Creel is still in the industry

Creel earned her bachelor’s degree in history and a master’s in film and television from UCLA. Though she has not been acting, Creel never fully left the industry. In fact, in 1994, she produced her very first film, a product born out of a near-miss. A friend’s producer had been in a car wreck and Creel stepped in to offer her experience and education. This expanded exponentially into Creel Studio, which does video, photo, and film production, all overseen by Leanna Creel herself. The company’s main areas covered in these productions are lifestyle, food, and travel.

It’s not all work with no personal time, though. In fact Creel has started a family of her own and is the mother of 13-year-old Levi and eight-year-old Levi, together with wife Rinat Greenberg, who works as a real estate agent and with whom she tied the knot back in 2004. To this day, Saved by the Bell stays with Creel as her relentless legacy much to her own surprise. “If you told me then that in 20 years, people would still recognize me from Saved by the Bell, I’d say, ‘Shut up,'” she admitted. “Even at the time, it was kind of campy and not necessarily something I’d want to be remembered for!”

What do you most recognize Leanna Creel in?

Click for next Article
Previous article: Actor Jeff Bridges Gives Fans An Update On His Cancer And COVID-19 Recovery
Next Post: Clint Eastwood Opens Up On Being 91 Years Old And Aging — “So What?”