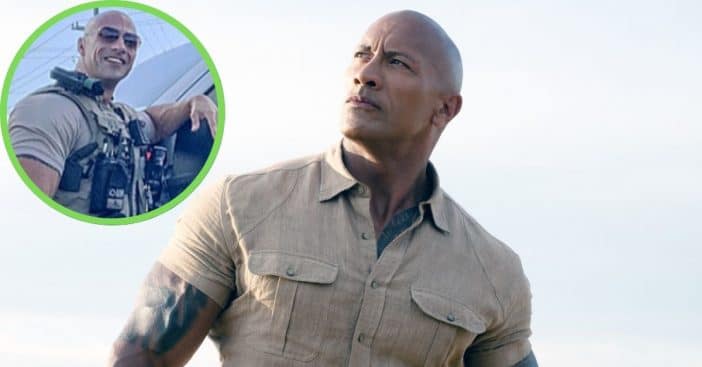 A recent TikTok shone a spotlight on an Alabama officer named Eric Fields but could moonlight as Dwayne “The Rock” Johnson, for how closely they resemble one another. The observation went viral and attracted the attention of Johnson himself, who took to social media to address the officer himself.

Though Fields is jokingly known as “[the] Deputy that people say looks like ‘The Rock,’” Johnson treated Fields as the celebrity and addressed him with reverence and wished his lookalike days be full of safety. Learn more about the exchange and rise to fame here.

One fateful day, a Walmart employee told an officer they “wanted to meet [the] Deputy that people say looks like ‘The Rock.’” Lt. Fields indulged in the whim and posed for a photo. The Morgan County Sheriff’s Office Facebook page shared the picture, and three thousand likes, six hundred comments, and four hundred shares later, even TikTok users have seen and are insisting, “Look at him! You cannot tell me that is not Mr. Dwayne.”

Sure enough, the real Mr. Dwayne ended up seeing this shocking lookalike of his. When Bleacher Report posted a side-by-side photo on Twitter, Johnson shared the post. “Oh s**t!” he wrote. “Guy on the left is way cooler. Stay safe brother and thank you for your service. One day we’ll drink @Teremana and I need to hear all your “Rock stories” because I KNOW you got ‘em.” Johnson accentuated his post with tears of joy, a devilish grin, fist, and a drink.

Using this celebrityhood for good

Oh shit! Wow.
Guy on the left is way cooler.
Stay safe brother and thank you for your service. One day we’ll drink @Teremana and I need to hear all your “Rock stories” because I KNOW you got ‘em 😂😈👊🏾🥃 #ericfields https://t.co/G38tOr68cW

Countless celebrities don’t just entertain us; they use their platform for various causes. Lt. Fields of Morgan County has revealed, “It’s always been a running joke of people saying I resemble the Rock or… Vin Diesel and I just go with it.” He even uses this attention for a worthy cause. Fields uses this place in the spotlight to share the story of 26-year-old Sgt. Chris Dillard. The law enforcement veteran is an inspiration to his local peers and was recently diagnosed with ALS.

“He’s just a really good husband, father, and…great officer,” Fields outlined, backing the statements made on a GoFundMe post. “I had to pull him out of the field when he got diagnosed ‘cause he wanted to continue to go out and work side by side with these guys.” The situation inspired Fields to reflect, “I was just thinking, I was praying, I was working out… I said… what am I supposed to do with this?’” referring to his viral fame. So came the Dillard’s Warriors GoFundMe to raise money for Dillard’s treatment. Though the campaign has a goal of $35,000, Fields also adds, “I’m not saying we need a bunch of money, but prayers and support… would mean everything.”