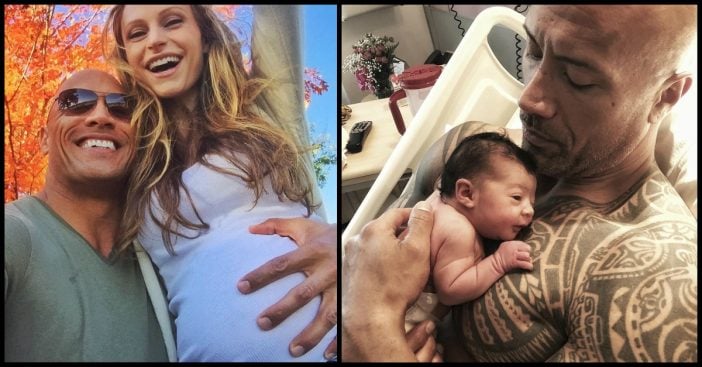 Dwayne “The Rock” Johnson just welcomed his third daughter to the world. The baby girl, named Tiana, was born on April 23, 2018. This is The Rock’s second child with girlfriend Lauren Hashian.

The superstar has been in the spotlight for two decades — first as a professional wrestler, then as an actor and producer. He’s known for his impressive career, as well as his friendly personality. People admire The Rock for his humility; he always seems to be helping others and supporting his community.

The two have now been together for more than a decade!

Today, that baby girl was born! This is Dwayne’s third daughter, and he couldn’t be more excited.

He shared a beautiful picture of his new baby girl on Instagram, where he wrote:

Skin to skin. Our mana. Blessed and proud to bring another strong girl into this world. Tiana Gia Johnson came into this world like a force of nature and Mama @laurenhashianofficial labored and delivered like a true rockstar.

I was raised and surrounded by strong, loving women all my life, but after participating in baby Tia’s delivery, it’s hard to express the new level of love, respect and admiration I have for @laurenhashianofficial and all mamas and women out there. (Continued on Next Page)

Page Page 1 of 2
Previous article: Here Are 12 Things You Use Every Day That Are Dirtier Than A Toilet Seat. So Gross.
Next Post: Waiter Frustrated When Customers Tip Him Only $3.28, Doesn’t Expect This Surprise The Next Day