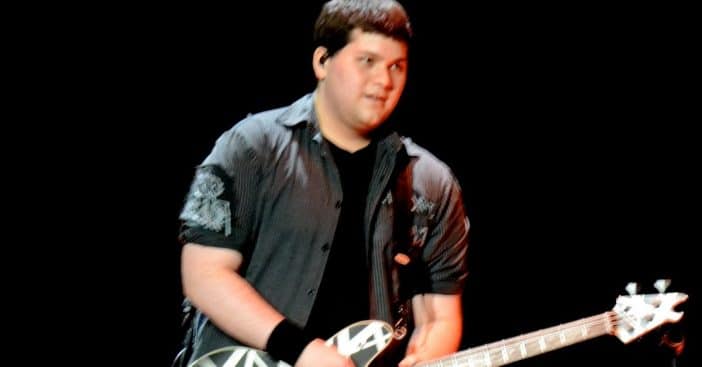 Wolf Van Halen, son of legendary late guitarist Eddie Van Halen, is famous for both his rock band, Mammoth WVH, a solo project he likes to keep separate from the legacy of his father. However, he’s also famous for facing criticism head-on about his musical choices and response to undesired feedback.

In fact, on August 24, Wolf unabashedly took to Twitter to express his thoughts about such criticism. Lately, people expressed disapproval when he makes jokes out of his online criticisms, and Wolf did not mince words in his Twitter thread.

The internet is a funny thing. People can shit on you for literally 10+ years, but the second you decide to make jokes about it or throw it back, people get upset like you’re supposed to just deal with it. Nah. Fuck that. Ima have fun with it.

Right off the bat, Wolf noted, “The internet is a funny thing.” He then noted that people can criticize a person for over a decade, “but the second you decide to make jokes about it or throw it back, people get upset like you’re supposed to just deal with it.”

Instead, he chooses to disregard the pushback and “have fun with it.” Wolf made further observations about his experiences in the comments section of an Ultimate Classic Rock story about the bassist. There, Wolf feels he witnessed “how eager they are to wear their insecurities, bitterness, and jealousy on their sleeves in such a public fashion.”

Responding to his father’s legacy

Responses to Wolf’s approach to online criticism have varied. Some replies have said people want to bash him because of his fame, and note the volatile nature of Facebook comment threads in general. Others think he spends “too much time online,” or that Wolf is doing the thing he is accusing others of doing, and the cycle continues. And others still have musical collaboration requests for him, like with Willow Smith, or to perform some of his father’s music.

In response to the latter, Wolf is maintaining his strict decision to not play Van Halen content through his solo project. One comment asked, “Wolfie, I like your stuff. I just think the time to honor Dad is now. You’ve already shown you can stand on your own!” In response, Wolf replied, “I honor my dad by existing and doing what I do every day. I’m not f**king playing ‘Panama’ for you guys.”

What do you think of the Internet drama and his response to it?