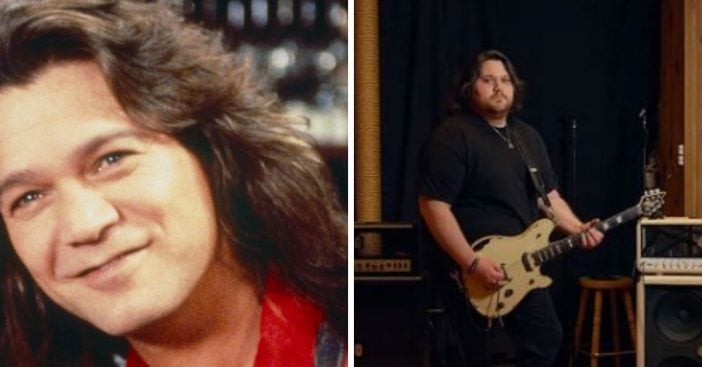 Wolfgang Van Halen is the son of the late Eddie Van Halen and is truly following in his famous dad’s footsteps. Wolfgang previously performed as a bassist for Van Halen but now has his own band called Mammoth WVH. The band released their first album in June.

Now, they are set to go on tour with their brand-new music. Their first show was in Lawrence, Kansas, and will continue to play at popular locations in the United States. The tour will go on from July until October.

Wolfgang was clearly excited for the first show! He wrote, “First @MammothWVH show ever tonight! ✌️,” alongside a photo of the set and a photo of a sign that shares that the show was all sold out!

Wolfgang previously shared, “I’m so proud of this record and have never worked harder on anything in my life. This is only the beginning. Thank you for being a part of this journey with me.” While the record is all his own, he will be joined by several musicians on the tour.

Guitarists Frank Sidoris (Slash’s Conspirators) and Jon Jourdan (To Whom It May), bassist Ronnie Ficarro (Falling In Reverse), and drummer Garrett Whitlock (Tremonti) will join Wolfgang on the tour.

Listen to the music below: