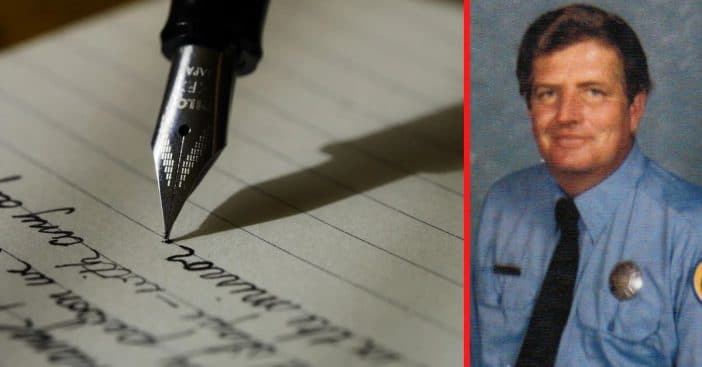 The wish of every set of parents is that the next generation is better off than they were. This manifests in material comforts, vital life wisdom, meaningful bonds, and so much more. Late New Orleans fireman William Ziegler left quite the impression on his children, who composed a uniquely hilarious obituary in his honor.

The singular approach to writing a eulogy is two-fold, as they not only cater the format to what Ziegler would have wanted, but they reimagined what should be highlighted in dedications of that nature. Learn more about what they did – and why – here.

Laughter is a universal language, and fireman William Ziegler was fluent and taught his children, sometimes in surprising ways. His daughter, Sharah Currier, revealed his habit of sharing funny texts with the kids.

RELATED: 82-Year-Old Prankster Passes Away, Then His Family Writes A Hilarious Obituary As A Send-Off

Specifically, he would send them or read aloud from hilarious obituaries. So, after Ziegler himself passed away at the age of 69 on Friday, July 29, 2016, his family decided to give him the sendoff he so loved to read and share with others.

A unique way to honor a loved one

“He would have loved this,” Currier shared of Ziegler, speaking of the humorous tribute. “He probably would have forwarded this obituary to us.” It does include the traditional motions of an obituary, mentioning Ziegler’s time in the Navy, honors received, employment with the fire department, and his status as a dog owner.

Except, it’s all presented with dry but unmistakably fond humor. For instance, the text asserts “he wanted you to know that if he owes you a beer, and if you can find him in Heaven, he will gladly allow you to buy him another.” All this after joining the Navy “at the ripe old age of 17 and immediately realized he didn’t much enjoy being bossed around.” Retirement came after 25 years of service when “he suddenly realized that running away from burning buildings made more sense than running toward them.” When he departed, there was no love lost between Ziegler and fellow fireman Bob. Who’s Bob? No one Ziegler would give a heavenly beer to. But apparently his “alcoholic dog named Judge” might accept a cold one.

Click for next Article
Previous article: Woman Who “Discovered” Bob Ross Said He Was A “Tyrant”
Next Post: How To Embrace And Maximize The Look Of Graying Hair