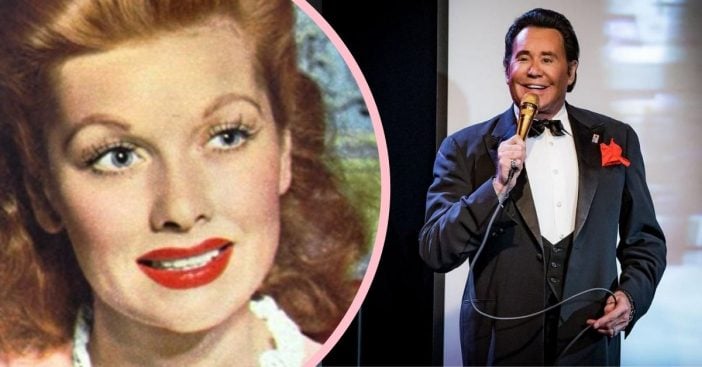 Wayne Newton opens up and says one of the greatest life lessons he’s ever learned came from the incredible Lucille Ball. Take a look at how it starts…

“I played a country boy singing to animals on ‘The Lucy Show,’ and CBS wanted her company Desilu to produce a series around that character,” Newton recalls. “Just before the final papers were signed, I get a call from Lucy saying, ‘Wayne, I haven’t been able to sleep. Can my husband and I fly to Vegas tonight and meet you?’

Lucille gives him advice that would change his life

When the three had finally met together, Lucy allegedly says, ‘We’re going to say a name and I want your reaction: Jim Nabors,’” she says. Newton says, “Gomer Pyle.” Lucille says: “Unless you want to be this country boy the rest of your life, turn the series down because it will ruin your life.”

Newton remembers this moment and her advice fondly. “I thought that was the greatest example of someone, being the great star she was, caring that much about somebody else.”

Newton says he’s gathered other advice from big names in the industry as well. These people include Frank Sinatra, Sammy Davis, Dean Martin, and Bobby Darin. He says the advice he has learned from these people is to utilize the ability to adjust to life. Additionally, they give the advice to treat every show like it’s your last… because one day it will be!

Newton says staying out of trouble while working in Sin City for decades has actually been simple. He says that when he begins working in a casino, he was 15 and you needed to be 21. So, he acquires a permit to work there. The community there took Newton in and basically raised him, ensuring he would not fall into the wrong scene or crowd.

Newton’s fame and fortune is not his only accomplishment

One of Newton’s best accomplishments, aside from accumulating fame and fortune, is his marriage to current wife Kathleen McCrone. The two would wed in 1994 and have been together ever since. He opens up about his marriage to McCrone:

“We love each other totally and completely second. In 25 years, we truly never had a bad argument, and the reason for that is because she’s so much smarter than me. We started this great discussion and she said, ‘We’ll agree to disagree. I’m not going to change your mind and you’re not going to change mind.’ And that is the most wonderful relationship in the world.”

It looks like Lucille Ball was always looking out for her friends! How sweet.

Take a look at the ‘I Love Lucy’ special that’s coming to movie theaters in August 2019!