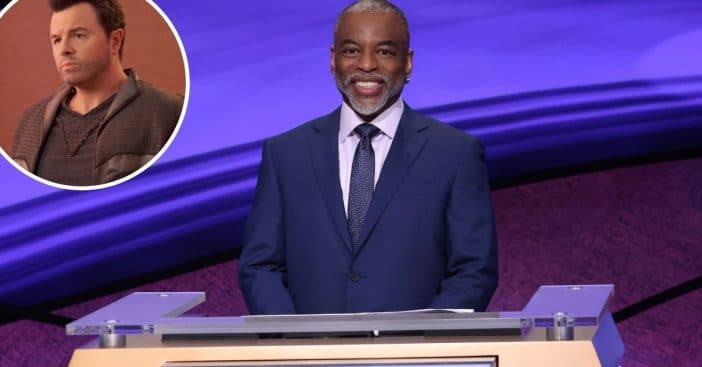 Many were outraged when executive producer Mike Richards was named the newest daily host of Jeopardy! Even more were angry when his former podcast was uncovered because Mike had said a lot of offensive things on it. Mike ended up stepping down so the search for the new game show host continues. Another big celebrity is pleading the network to hire LeVar Burton.

Actor LeVar Burton has said he has wanted the job for a long time. He was one of the guest hosts and is a very popular choice among fans. Family Guy creator and actor Seth MacFarlane was the latest celebrity to tweet their support of LeVar. He wrote, “Dear Jeopardy people: Jesus H. Trebek, hire @levarburton.”

While many fans agreed, others thought that LeVar was awkward on stage. Others hope for a woman to fill the spot. However, other celebrities are hoping for LeVar to get the job including Dick Van Dyke, LeVar’s Star Trek co-stars, and many more.

RELATED: Here’s How LeVar Burton Had So Much Support And Such Low ‘Jeopardy!’ Ratings

After Mike’s exit, the show is looking for guest hosts again until they decide on the permanent host. Actress Mayim Bialik was hired as the host for special events. Many assume that she was not promoted to daily show host because she is currently working on another show.

Click for next Article
Previous article: Just In: Charlie Watts, Drummer Of The Rolling Stones, Dies At 80
Next Post: Ozzy Osbourne Embraces “Prince Of Darkness” Persona In New Photo