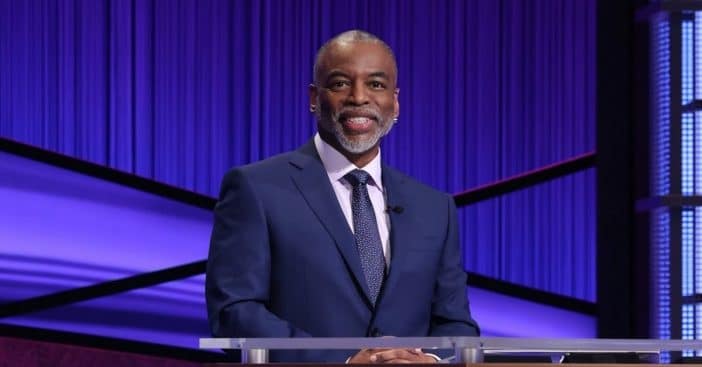 LeVar Burton stepped onto the Jeopardy! stage with a lot of excitement and support behind him. Ultimately, however, Nielsen ratings placed him a couple points below Ken Jennings near the bottom of the ranking. How?

In fact, a petition favoring Burton gained hundreds of thousands of signatures. At first glance, his ratings seem to fly in the face of this hype. Was it fans being confronted by a less rose-colored reality with him as host? Actually, the answer isn’t about approval.

LeVar Burton received unparalleled support to be a contender for Jeopardy! host. He was backed by a whole campaign that led to the birth of a Change.org petition that received over 250,000 signatures – and counting. Indeed, even after Jeopardy! announced the two new hosts, the pro-Burton campaign is still getting signatures.

Burton became well aware of the support he received, so when Mike Richards and Mayim Bialik were named hosts, Burton tweeted, “I have said many times over these past weeks that no matter the outcome, I’ve won. The outpouring of love and support from family, friends, and fans alike has been incredible! If love is the ultimate blessing and I believe that it is, I am truly blessed beyond measure.” His supporters were less positive about the decision, with some shocked and indignant at the decision.

So, in the face of all this vocal support, how did his ratings turn up the way they did?

When LeVar Burton started his stint as Jeopardy! guest host back in July, he took up the reins during an established downward slope in viewership ratings. After GOAT Jennings (6.0 Nielsen rating), numbers started going down. Robin Roberts earned a 4.7 the week before Burton started. Burton himself earned a 4.4, and David Faber earned a 4.5 after Burton.

Additionally, Burton took up the mantle of guest host during the first week of the 2021 Tokyo Summer Olympics; meanwhile, the NBA also had its draft going at the same time. Average viewership of these games is approximately 15.5 million people, which itself is lower than the 26.7 million during the Rio 2016 games. Ultimately, this does also speak to a larger change in TV viewing trends, with the relentless advent of streaming services, subscription services, and even YouTube.

Did you watch LeVar Burton host Jeopardy! and if so, what did you think?

Click for next Article
Previous article: 62-Year-Old Fabio Still Hopes To Fall In Love And Get Married
Next Post: Barbra Streisand Admits Prince Charles Once Sent Her Flowers