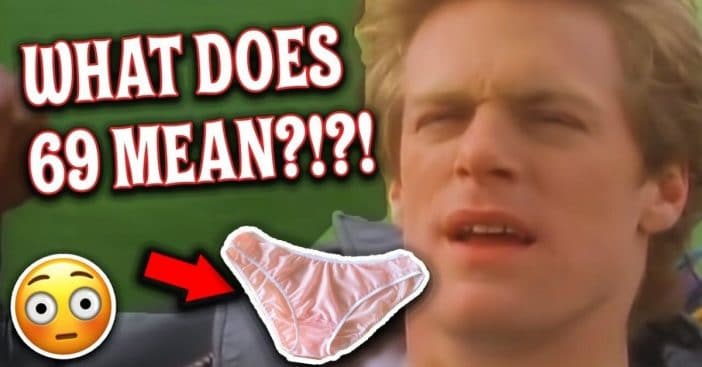 Mishearing the lyrics to songs is nothing to feel bad about. We’ve all done it. I mean, who can really tell whether The Beatles sing “get high” or “can’t hide?” Sounds the same to me. But what about when you don’t just get one lyric to a song wrong – you misunderstand the entire message of the tune? That is a bit more shocking. To learn that, oops, “Blackbird” isn’t actually about birds. Or love. It’s about the civil rights movement. How embarrassing.

“Born in the USA” – Bruce Springsteen

We’ll start off with an easy one. A song by an American legend called “Born in the USA,” released with an American flag as the cover art, with an apparently proud Bruce Springsteen shouting over and over that he was born in the USA? It can’t be anything other than a patriotic ode to the greatest country in the world, right? Wrong. Despite the song’s use at rallies by politicians on both sides of the aisle, if you get beyond the chorus Springsteen’s message was far more critical of America than you at first realize. A deeper dive into the Boss’s lyrics reveals the song is actually about the difficulties of a returning Vietnam veteran to re-assimilate into society, and about how the government has replaced actually helping working-class Americans with empty patriotism. Heavy stuff, not just patriotic fluff.

RELATED: Our Top Saddest Songs That Will Make You Cry

“For What It’s Worth” – Buffalo Springfield

Speaking of the Vietnam War, everyone knows that Buffalo Springfield’s 1966 song “For What It’s Worth” is a protest song about America’s involvement in Southeast Asia. I mean, come on, the song played during the Vietnam War segment in Forrest Gump, and Forrest would never lie to us. Welp. We’ve all been wrong this whole time. “For What’s It’s Worth” is indeed a protest song, but writer Stephen Stills was actually documenting the Sunset Strip curfew riots. Locals had become outraged that young club-goers on the strip snarled traffic late at night, and pressured the city into enacting a strict 10 p.m. curfew. The youth of the day, alongside celebrities like Jack Nicholson and Peter Fonda, felt that their rights were being infringed on, and staged protests, which soon descended into riots. So yep, one of the most famous protest songs of all time is about 22-year-olds wanting to stay up late.

“Lucy in the Sky With Diamonds” – The Beatles

It’s pretty obvious that “Lucy in the Sky with Diamonds” is about drugs. After all, The Beatles were admittedly very fond of acid, the initials of Lucy – Sky – Diamonds spells LSD, and with imagery like “where rocking horse people eat marshmallow pies,” what else could John Lennon be singing about but a drug hallucination. And yet the earnest Beatle has always denied that the song was about drugs. Lennon claims that his three-year-old son came home from preschool with a drawing of his classmate Lucy that he described as only a toddler could – Lucy, in the sky, with Diamonds. Lennon thought the phrase was beautiful, and promptly wrote a song about it. He was heavily influenced by the fact that he was reading Alice in Wonderland at the time, so Lennon filled the song with fantastic and surreal imagery. I still say it’s drugs.

We all made the same joke when we were 12 and first heard Bryan Adams’ classic hit “Summer of ‘69.” Heehee. Heehee. “Do you know what he’s talking about? Do you know what a 69 is?” And then we’d proceed to regal our friends with the lurid details of what we thought Bryan Adams was singing about. But then we grew up, matured, and realized that “Summer of ‘69” is actually a loving, nostalgic snapshot in time that beautifully captures the magic of growing up. Well, what if I told you that that interpretation was basically a load of crap and that our perverted past selves had it right all along? Yep, it’s true. And here is a quote from Mr. Adams himself: ““69” has nothing to do about a year, it has to do with a sexual position. You’d have to be pretty thick in the head not to get that.” Mind. Blown.

If you’ve ever sung along to The Kingsmen’s 1963 hit song “Louie Louie” chances are after the Louie Louie you’ve kinda trailed away into unintelligible muttering, because who the hell can understand anything that singer is saying? But don’t feel bad, because even J. Edgar Hoover couldn’t figure out what that song meant. As “Louie Louie” became more and more popular in 1963, a rumor spread like wildfire that its lyrics were incredibly obscene. And as the words to the song are impossible to understand, you can really fill in the blanks with whatever you want. This led to parents hearing their worst nightmares, radio stations banning the song, and an eventual FBI investigation into whether federal obscenity laws had been violated. Which they hadn’t, because the song was actually about a lonely sailor pining for his lost love. Boring! It’s way more fun to make up raunchy lyrics in your head.

We’ve all heard Paul Simon’s 1972 single “Mother and Child Reunion”, and thought, wow, what a sweet, uplifting song. Really brightened up my day. Probably about a mother and daughter reuniting. Welp, kinda. The lyrics to Simon’s first foray into reggae actually have a much darker undertone. They were inspired by Simon’s pet dog who was run over and killed by a car. This was Simon’s first experience with death, and forced him to imagine how he would react if it was his wife who had been killed. Not exactly light fare. And the mother and daughter in the song’s title? Simon was eating at a Chinese restaurant and saw a chicken and egg dish called mother and child reunion. Think about it….  Not exactly the happy-go-lucky reunion the song seems to imply. But definitely a more delicious one!

If there’s any song that epitomizes grandiose 1980s love ballads, it might just be “Total Eclipse of the Heart” from Welsh singer Bonnie Tyler. With soaring vocals, pounding drums, and a key change that makes your knees weak, Tyler’s smash hit has everything an over-the-top ballad needs. And its meaning is obvious. It’s about love. But what if I told you that “Total Eclipse of the Heart” was originally written as a love song……. about vampires?! Yes, it’s true. Writer Jim Steinman originally penned the song when he was working on a musical version of Nosferatu. And when you dig into the lyrics it really makes sense. All of the song’s imagery revolves around darkness, something obviously very important to vampires. So the next time you’re rocking along to Tyler’s hit, try and resist any sudden urges to get bitey.

When you listen to The Clash’s punk anthem “London Calling” it’s immediately obvious that they’re very angry about something. But if you’re anything like the rest of us, hearing any actual words through singer Joe Strummer’s ferocious snarl is a challenge, and so what the band is actually angry about remains somewhat of a mystery. But if you are able to catch a bit of the lyrics, or look them up on, say, the internet, then you’ll find a message that seems several decades ahead of its time. Because what The Clash were so pissed off about in 1979 was climate change. The band had read an article about how if the Thames river flooded then most of central London would be inundated. This greatly affected the punk pioneers – Strummer actually had nightmares of drowning for months – and spurred them on to write perhaps their best song ever. All 27 years before Al Gore made the topic cool.

Those are some pretty rad songs, and even more interesting stories about them. Some of the classic rock songs that everyone misunderstands. How many songs have you interpreted wrong for years? Any that you could say with confidence you always knew the meaning of? Let us know in the comments below, we read every one!

Click for next Article
Previous article: Looking Back At ‘Saturday Night Live’s 5 Major Scandals In History
Next Post: See Photos Of The Golden Girls Before They Landed The Iconic Roles