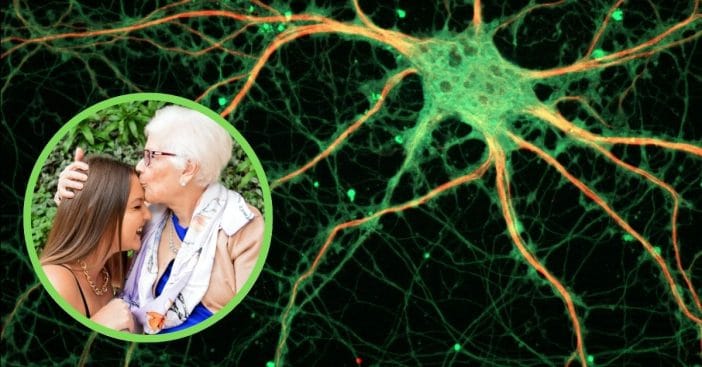 The human experience is often a series of stimuli, signals, and receptors sending information to and from the brain, evoking various reactions around the body. Pain receptors tell us “ouch” so we withdraw our hand from a hot stove. Indulging in tasty foods gives an immediate rush of dopamine, justifying another slice of decadent cake. And it may just be that the sight of grandma specifically fires off so-called grandmother neurons in the brain.

The subject of these neurons’ existence in the brain has been the subject of debate for years, even after neuroscientists initially dismissed the idea. They argued that a single neuron cannot possibly solely respond to one specific face. However, recent findings got one step closer to confirming we may actually have grandmother neurons after all.

Within the brain and among its many crucial cells, some scientists theorized the existence of grandmother neurons, which would fire off a response specifically when a person sees their grandmother, thus explaining that unique, fond rush in the matriarchal presence. Not to be deterred by initial rebuffs, researchers studied monkeys and their neurological responses to different faces. They used functional magnetic resonance imaging (fMRI) to watch what parts of the brain light up when the animals see different objects and faces.

Using these electrodes allowed scientists to monitor specific parts of the brain. Of particular interest was the temporal lobe, responsible for social interactions and face recognition; it’s also implicated in receiving complex perceptions and turning it into an emotional response. They also studied a part of the brain responsible for responding to faces in general, but not necessarily implicated in recognizing familiar versus unfamiliar ones. In other words, it answers the question, “Is that a face?”

Putting it all together

The study, dissected on Live Science, did not identify individual cells that could be grandmother neurons. But it did find cells that share qualities with the purported neurons. Neuroscience and behavior professor Winrich Freiwald outlined, “In some sense, you can say they are grandmother neurons. They have this unique combination of vision and memory.” The temporal lobe proved a good indicator of when the monkeys saw familiar versus unfamiliar faces, responding three times more than when they saw a stranger’s face. Meanwhile, the part of the brain responsible for “Is this a face?” did not react differently when the face it did see was familiar or not.

“It’s one area,” Freiwald emphasized, “this region, and it’s there for this one purpose — recognizing people we know. That’s amazing.” Currently, scientists don’t know if it’s the temporal lobe that is processing this information as well as sending this strong response. However, that it does respond unexpectedly more strongly in the presence of a recognizable face – including that of friends and family – does help support the same vein of thought that led researchers to theorize about grandmother neurons in the first place.

Do you think it’s real?