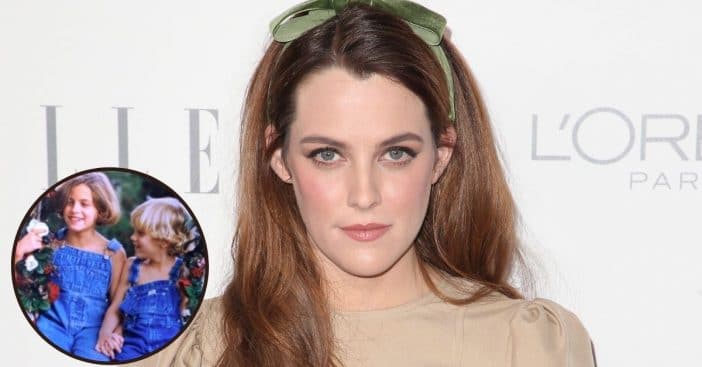 Riley Keough, Elvis Presley’s granddaughter, paid tribute to her late brother Benjamin Keough one year after his death. She posted a carousel of throwback photos of the two. Benjamin sadly passed away last year after committing suicide. “Today has been a year without you baby brother. I miss you endlessly every day,” Riley captions the photo set.

One shot shows the two wearing matching blue overalls and holding hands while on a swing together. Another shows them both wearing straw hats and Benjamin hugging Riley from behind.

Scroll through the photos above to see them all.

The actress recently opened up to In Style about coping with her brother’s death. She says, “I’m really consciously trying to be present, and not use anything as any kind of escape, and be cognizant of when I’m doing that… I’m just generally trying to be grateful for everything at the moment, trying to operate in love, and keep my heart open, and give and receive love. And not in a woo-woo way, because I definitely have hard days, and all kinds of pain and suffering and all that.”

How she copes with her brother’s death

She continues, “But I think when you realize that’s part of it, and your expectation isn’t to just be feeling joy, that’s been a real shift for me in finding those moments and things to smile about.”

Riley has not shied away from posting tributes to her brother since his tragic death. “Mornings are the hardest. I forget you’re gone. I can’t cry because of the fear that I will never stop. A pain that’s new to me,” she wrote in a tribute shortly after his death. “You. There are no words for you. Angel is the closest I could think of. Pure light. Baby brother. Best friend. Wild man. Intellectual. Witness to my life. Twin soul. Protector. Too sensitive for this harsh world. I hope you give me strength to endure the giant hole you’ve left in my heart.