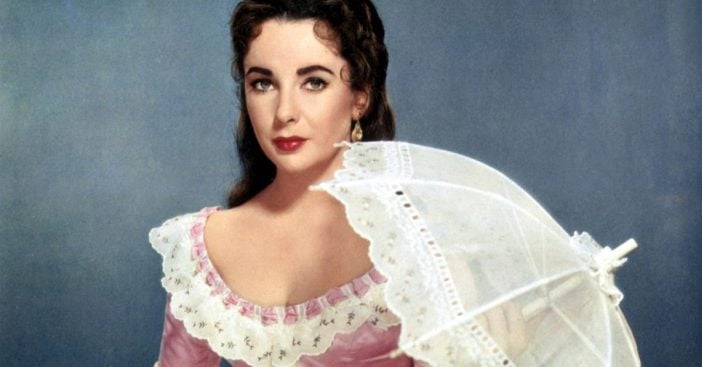 Everything about Elizabeth Taylor was powerful and memorable. She had several relationships that made headlines, bore striking looks truly unique to her, and threw herself into philanthropic work utilizing her platform. Her granddaughters Naomi and Laela Wilding knew her as a loving family member whose impacts can be felt on the personal and national level today. Through them, fans can see that Elizabeth Taylor was an awe-inspiring star and a loving grandmother in equal measure.

March marks Women’s History Month, with International Women’s Day falling on March 8 specifically. In celebration of the month-long revelry, the Wilding sisters pulled back the curtain on Taylor’s impact at home and around the country.

For Naomi and Laela Wilding, Elizabeth Taylor was their dear grandmother

“Just because somebody is a superstar doesn’t also mean that they can’t be a loving, squishy, delicious grandma who was always welcoming us in,” Elizabeth Taylor would say. She put action to her words, according to accounts by her granddaughters Naomi and Laela. “I remember sitting on the floor of her dressing room and just watching her get ready,” Naomi reflected. “Just watch this sort of transformation unfold.”

RELATED: How Elizabeth Taylor’s Grandkids Are Continuing Her Legacy And Activism

Fittingly, after watching so many a transformation take place with unmatched style and grace, Naomi would go on to become a fashion stylist. Laela too brought inspiration from her famous grandmother into her career by becoming a graphic designer. They derived inspiration from watching Elizabeth Taylor not just as a Hollywood icon but also as their dedicated grandmother.

“It’s one of the most beneficial things that we as a family for ETAF have done,” says deLuce Wilding, who's attending AIDSWatch with sister Laela Wilding and cousin Quinn Tivey, Officer of ETAF. “It keeps us involved….which is really important to us.”https://t.co/XdbddRb4Gh

Indeed Naomi further emphasized, “She had an idea that she was responsible for raising the younger generations in the family, you know. It was important to her that she instilled those values in us too.” At the familial level, she taught her female relatives to embrace themselves and present their true selves to the world. She wanted them to enact the “idea of following your heart and being true to whatever love you have — not to be afraid of being hurt.”

Sharing these values and realities with the world

“I think she was really proud of how much she loved,” says Naomi. And another topic of importance that received Elizabeth Taylor’s love: advocacy. Laela explained, “I think that she very early on felt touched by the AIDS crisis. She felt like people weren’t recognizing the urgency of need. So she put herself front and center in a very sincere way.” This culminated in her co-founding the American Foundation for AIDS Research (amfAR) and the Elizabeth Taylor AIDS Foundation.

“Our grandmother would be outraged that PLHIV are being criminalised and targeted in every corner of the world.” @ETAForg ambassador and granddaughter of Elizabeth Taylor, Laela Wilding #BeyondBlame2018 #AIDS2018 pic.twitter.com/SSTg49F1E2

Taylor also made a point of championing women’s causes around the country, the better to provide an equal world of opportunities for her granddaughters. Sadly, pay equality would be an ongoing battle in Hollywood; even ladies who brought scores of viewers to shows like Three’s Company would receive a smaller paycheck than their male counterparts. In this regard, Taylor tried to lead by example and break the mold, which she successfully did. She scored a then-unprecedented $1 million salary for her role as the titular Cleopatra in 1963.

Between advocacy and trailblazing, Taylor still found time to be a grandmother. Laela recalled, “I grew up in like far, west Wales — very, very rural, very remote. When I was really little, she gave me boxes and boxes of party dresses. If you went out for dinner, that meant going to the local pub, and I put on my Saint Laurent, tied at the waist, I put on my Wellington boots and where — I had no idea what people thought of me at the time.” Naomi received a necklace that actually “was one of the first things she bought herself when she sort of was independent.” She added, “It was just sort of a trinket, but to me, it’s very special.” Laela too received a precious necklace on her wedding day. With an example to follow such as the monumental Elizabeth Taylor, good things are sure to come.