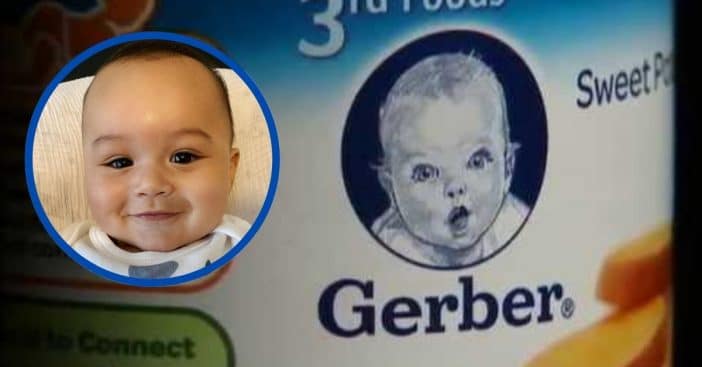 Since 1928, an adorable baby face has represented all Gerber stands for and caters to. That face has changed over the years and recently it has crowned a new Gerber baby monarch among all others: Zane Kahin.

At four months of age, Zane has already accomplished a lot in his few weeks on this earth. In fact, overcoming serious odds is something of a family trait. Just like Zane’s duties as a Gerber baby extend beyond looking cute, his reasons for being chosen run deeper still.

Today announced the next Gerber baby as Zane, news that pleasantly surprised his parents Mike and Erin Kahin. But this was not the first time Zane brought them a pleasant surprise where they expected none. While just in her twenties, Erin was diagnosed with breast cancer and started undergoing treatment at just 27.

RELATED: The Original Gerber Baby Met The Newest Gerber Baby, And The Photo Is So Heartwarming

Once you go Gerber, you never fully go back. Ann Turner Cook became the first Gerber baby over nine decades ago to pass the torch along to Zane. Now that her identity doesn’t have to remain a secret, she continues to embrace her role in originating this most famous of logos. Now, Zane gets to as well, introducing all the world to his wonderful personality. Initially, Mike entered Zane in the Gerber baby contest as a joke because all parents say every baby is cute, but a contest like this would put into perspective just how cute their Zane is. He joined 90,000 other parents, and though Zane did win, he didn’t just bring cuteness to the table.

“Zane is our little comedian,” Erin explained. “He loves to crack himself up and even wakes up laughing.” That laugh is quite infectious and he certainly has a lot to smile about now as Gerber’s official taste taster for baby food products. He’s also now “Chief Growing Officer,” the first to hold this title. “By recognizing that every baby is a Gerber baby,” said Gerber vice president of marketing Mohini Joshi, “we celebrate the diversity of families – whether that’s where we’re from, who our parents are or the circumstances in which the baby came into the world.”

Congratulations, Zane and the Kahin family!

Meet the new Gerber Baby! See the moment the proud parents find out live on TODAY that their baby won the title. pic.twitter.com/Yj8p9OP9SD