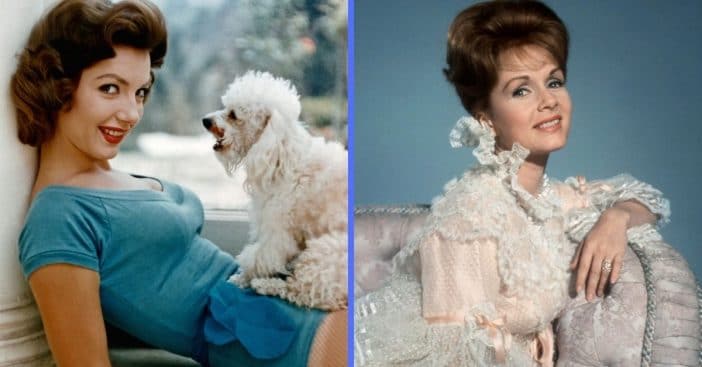 Stardom never gave Debbie Reynolds a feeling of superiority, says friend Ruta Lee of the How the West Was Won star. Lee herself is known for her role as one of the brides in Seven Brides for Seven Brothers, and for working closely with Reynolds, mother of Carrie Fisher.

While Reynolds was alive, the two became close friends, allowing Lee to provide analysis of Reynolds’ character. What she had to share spoke of a woman without selfish illusions of herself who never forgot to give to those with less.

Debbie Reynolds and Ruta Lee were close as sisters

Debbie Reynolds was 84 when she died in 2016 just a day after her daughter Carrie Fisher. Ruta Lee shared her memories and experiences with the late actress, who she said “was like a sister to me,” adding, “I loved her tremendously and I still do.”

According to Lee, Reynolds had watched over her during a pivotal part in her life and career. “She was watching me when I first became a Thalian and she was president,” Lee shared. In the entertainment industry, Thalian refers to comedy, but in this case, it was the title of their very own mental health care organization. “She taught me right from the beginning, she said, ‘You can go out into the world and you can ask anybody for anything so long as it isn’t for yourself. If you’re asking for somebody else, you’ll get it.’ And that has worked for us. We’ve raised many, many millions of dollars with our devotion to mental health.”

A memoir that tells it all

Lee’s recently penned memoir, Consider Your Ass Kissed, shares anecdotes with some of Hollywood’s biggest legends, including Johnny Carson, Clint Eastwood, Frank Sinatra, and more. She’s even worked with Lucille Ball and Fred Astaire. But it was her work with Reynolds for the Thalians that stayed with her in a poignant way. “Debbie Reynolds was the girl next door that everybody adored,” Lee reflected. “ She was truly one of the most loving, generous people I’ve ever known. She was one of the very few people in Hollywood who put their money where their mouth is. She didn’t just talk about doing something good. She always acted upon it. She was truly an eternal Girl Scout. There wasn’t anything that she wouldn’t do for someone in need.”

Reynolds put action to words with over 60 years of dedication to helping mental health care. She wanted to help everyone but put special emphasis on returning veterans ever since her USO tours during the Korean War. Nothing deterred Reynolds, and while Lee stayed in safe areas abroad, she saw “friends like Ann-Margret, Debbie Reynolds and Connie Stevens went into a lot of war zones. I remember I would visit hospitals and meet wounded warriors. It has been so important to us to give these remarkable men and women hope. And Debbie wouldn’t hesitate.”