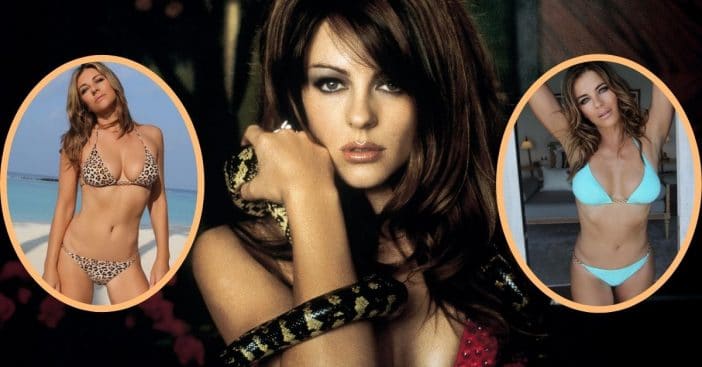 Nothing gets a person involved in a topic quite like having a personal connection to it. For Elizabeth Hurley, her many beachwear photos come from a very big motivating factor: her very own swimsuit line known as Elizabeth Hurley Beach.

Hurley exposed this personal connection to bask in the sun during a recent interview with Extra. In fact, it’s the primary reason she takes so many bathing suit photos as part of a trend she would not practice under normal circumstances. Learn more about her swimsuit line and history of swimwear photos here.

Elizabeth Hurley’s “prancing around” in beachwear because of her brand

Every summer, she models for the line. Her Instagram page features dozens upon dozens of pictures of Hurley clad in a bathing suit. The trend dates back beyond 2016, with increasing frequency in recent months and years.

Saying 2020 threw a wrench in everyone’s plans would be an understatement. Predictably, when major public venues closed during lockdown, Hurley’s beachwear line and modeling schedule ended up disrupted as well. “We haven’t been allowed to go on vacation in 14 months,” shared the English businesswoman, actress, and model.

“I have a beachwear company and haven’t been on the beach… Hence, we have been selling what we can. We’ve been improvising. So, yes, we’ve been on hay bales, we’ve been in the snow, we’ve been in the shower.” As of this June she’ll be 56 and has already faced no shortage of criticism for her line of work. To this, she replies, “I think people are mean to women and I don’t think it’s how people should be, so I can’t say I am a fan of those comments, really.”

Click for next Article
Previous article: Chicago Macy’s Hangs World’s Largest American Flag In Annual Tradition Of Patriotism
Next Post: Lucille Ball Was Once Shot At While Taking A Bath