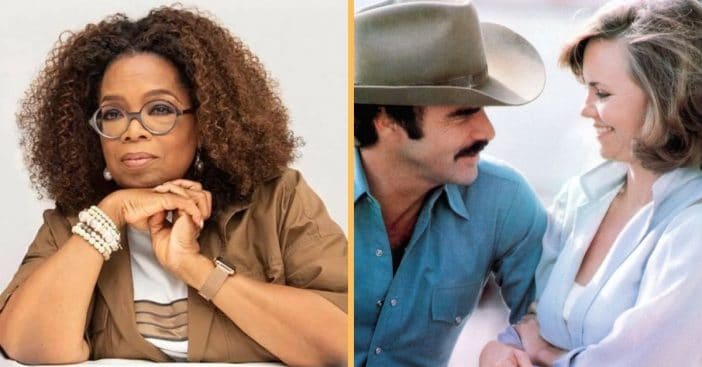 In a long history of interviewing and inquiring, some questions are bound to feel a bit off, even to the questioner. Such was the case for Oprah Winfrey who once spoke with Sally Field about Burt Reynolds and asked a question that makes her cringe to this day.

Winfrey attended Rob Lowe’s podcast entitled Literally! on Wednesday. During this interview session, Winfrey shared the moment that she remembers with great discomfort still even though it happened years ago.

Years ago, one of Oprah Winfrey’s many interview subjects included Sally Field, who had been partners with Burt Reynolds from 1976 to 1980. At the time of the interview, Winfrey felt compelled to ask the award-winning actress a question related to her then-partner.