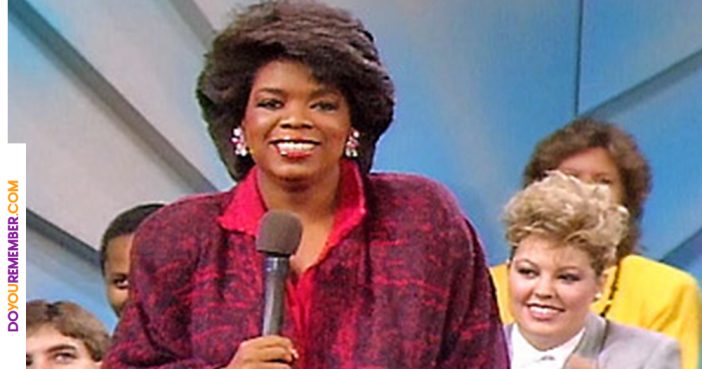 In her three-decade career Oprah Winfrey has catapulted herself from being a zaftig on-air host from Chicago to becoming the first African-American female billionaire and founder of her very own network. Though her regal eyelashes aura gives her the allure of media apotheosis, her original on-screen persona was far from her current messianic vibe. Yes, for those too naive or young to remember, our hallowed queen earned her chops on the trashy 80s talk-show circuit. Long before she became spiritual, Oprah dealt with Satan-worshiping cults and white supremacists. On her birthday, we’re trying to keep all you Oprah fans grounded and humble. Though she might be a mogul, her early work is of a much more sordid and unintentionally hilarious nature. Check out our rundown of Vintage Oprah like you’ve never seen her before.

For years Oprah and Late Night host David Letterman had an ongoing passive-aggressive feud. Though the hostility has long since been diffused, this late 80s interview captures the on-screen tension between these two media behemoths.

Before they moved on to the Internet, mass audiences craved the salacious filth daytime talk shows provided. Oprah was quick to respond to the country’s need for trough-like content, and quickly trotted out the dregs of society for collective scoffing. Here she takes on skinheads, and you can imagine how it goes. Oprah is called all sorts of names for the audiences viewing pleasure. Looks like she earned every penny.

Oprah ultimately triumphed over Joan Rivers, but back in the early days she had to take Joans sharp-tongued guff like all the others. Watch Oprah grin and bear her way through this tense Tonight Show interview with the comedian. She went on to lose the weight, gain it back, lose it again, and gain it back again. Today Oprah fills her day posting pictures of her freshly picked veggies, so I guess she’s in a better place.

]I cant make heads or tails of this clip. So apparently there was a radical sect of Jews that engaged in recreational Satan worship? Your guess is as good as mine, but what’s most striking about this whole mishegas is that Oprah thought it should go on the air. I’m not sure what its doing to my mental prowess, but its definitely TV-worthy.