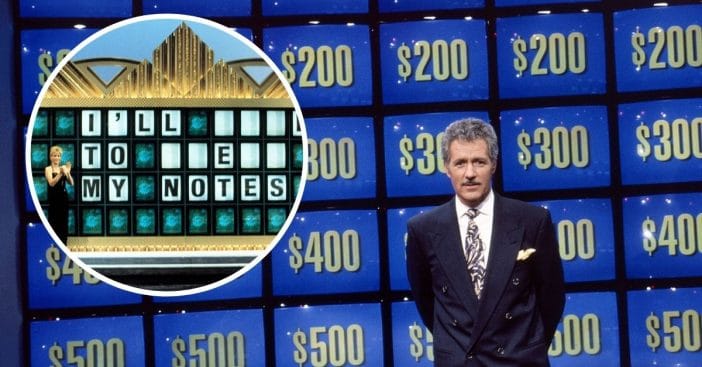 Alex even admitted that he thought Wheel of Fortune had more fans because the game is more centered on luck. He said, “There’s a lot more excitement with ‘Wheel of Fortune’ because luck plays a much greater role — there’s the spin of the wheel. On ‘Jeopardy!,’ it’s all what you know. People relate more positively to the element of luck. They’re a little intimidated by ‘Jeopardy!’”

Alex Trebek said this is the difference between ‘Jeopardy!’ and ‘Wheel of Fortune’ fans

Alex also opened up about what makes a good Jeopardy! player. He was once asked, “How strong do you think the correlation is between intelligence and trivia knowledge?” By trivia knowledge, the person meant “the ability to retain and recall facts.” Alex responded, “Well, bright people are able to do that better than most. So, yes, I think there’s a strong correlation.”

RELATED: ‘Wheel Of Fortune’ And ‘Jeopardy!’ Heading Back To Studio With Big Changes

Of course, you have to be smart to be on Jeopardy! but it seems a good memory helps a lot too! There are multiple tests to pass before someone gets to be on the stage and try to get their shot at winning money.

Sadly, Alex died in 2020 after a long battle with stage four pancreatic cancer. The show is currently having guest hosts until they find a permanent replacement. Which show do you prefer, Wheel of Fortune or Jeopardy!?