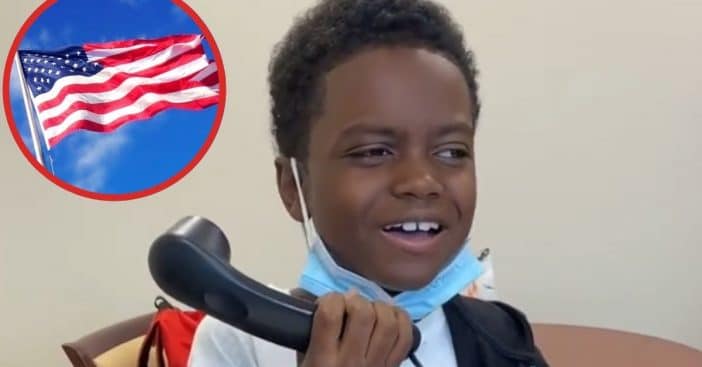 Bates Elementary School started its day like any other, with the morning announcements. But when it came time for the national anthem, nine-year-old DCorey Johnson sung a powerful rendition that has since gone viral.

Principal Alecia Dunn recorded the event to the benefit of listeners and viewers. The accompanying video shows Johnson’s infectious smile and expressive personality. All this recognition is just part of the culture of encouragement and enthusiasm at the Kentucky school.

On April 23, Principal Dunn shared a video to social media showing MCorey Johnson’s powerful performance of the national anthem “The Star-Spangled Banner.” It went onto the Bates Elementary School Facebook page and Twitter account, where it earned hundreds of likes and comments, and thousands of shares on both social media platforms.

According to Principal Dunn, Johnson is part of the school’s quest to share positivity and put a spotlight on all its students’ talents. “Recognizing and celebrating our students is just part of our positive culture at Bates. Going viral has brought a lot of attention to our amazing school and our students are inspired. I had three second grade girls ask to sing the national anthem yesterday and of course, I said yes,” she shared.

Where to go from here?

Viral stardom like that doesn’t happen in a vacuum. Since his singing went viral, Johnson has received invitations to bring his powerful voice to sing the national anthem at sporting events. Listening to and watching the video reveals why, and the comments echo these sentiments.

For instance, one Twitter user wrote, “Just saw you on the news. Wow, you can sing. I know your parents are so proud. Thank you Principal for sharing with the world.” Another wrote, “Beautiful voice! I would love to hear him sing LIFT EVERY VOICE AND SING!” For his own remarkable work and as a testament to the talent at the school, Johnson helped spark the hashtag #amazingbates as a reference to the school in the style of “Amazing Grace.” It seems likely Johnson can go forth with pride and enjoy the fruits of his own amazing grace as a sensational singer.

Click for next Article
Previous article: Andy Griffith Was Not A Fan Of Using A Laugh Track For ‘The Andy Griffith Show’
Next Post: Miley Cyrus Sings Dolly Parton Cover For Mother’s Day-Themed ‘SNL’ Cold Open