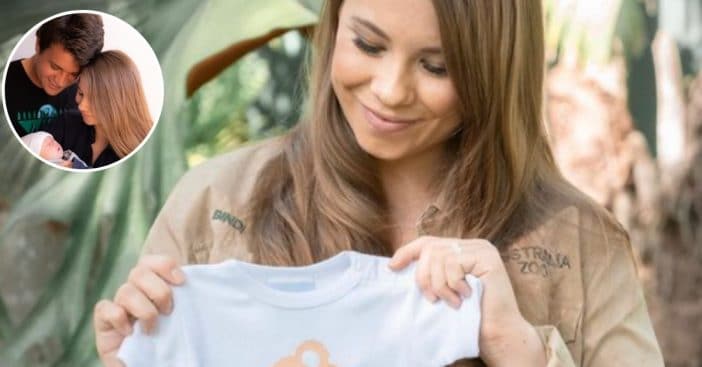 Bindi Irwin is officially a mom! Bindi and her husband Chandler Powell welcomed their first child, a baby girl on March 25, 2021. It was a very special day as this was their first wedding anniversary as well.

The couple named the baby girl Grace Warrior Irwin Powell. They had been calling her a Wildlife Warrior during Bindi’s pregnancy. The names Warrior and Irwin are both in honor of her late father Steve Irwin.

Bindi Irwin and her husband welcomed their first child

Bindi shared a photo of herself, Chandler, and baby Grace. She also shared a photo with details of her birth. Bindi wrote, “March 25, 2021. Celebrating the two loves of my life. Happy first wedding anniversary to my sweetheart husband and day of birth to our beautiful daughter. ❤️ Grace Warrior Irwin Powell. Our graceful warrior is the most beautiful light. Grace is named after my great-grandmother, and relatives in Chandler’s family dating back to the 1700s.”

She continued, “Her middle names, Warrior Irwin, are a tribute to my dad and his legacy as the most incredible Wildlife Warrior. Her last name is Powell and she already has such a kind soul just like her dad. There are no words to describe the infinite amount of love in our hearts for our sweet baby girl. She chose the perfect day to be born and we feel tremendously blessed.”

Bindi and Chandler got married a year ago at the Australia Zoo where they both work. They announced the pregnancy of their first child in August. Bindi has been updating fans frequently on her pregnancy and routinely comparing her bump size to baby animal sizes.

Her mother, Terri, and her brother, Robert have also expressed excitement about the new baby! Congrats to Bindi, Chandler, and the entire family on baby Grace! She is so beautiful. We can’t wait to see more photos.

Click for next Article
Previous article: Riding in back of Station Wagon?
Next Post: How Many Times Has This Baby Picture Appeared In ’60s Sitcom?