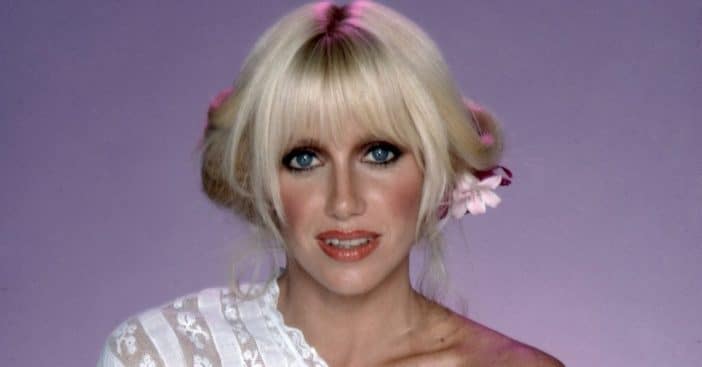 Suzanne Somers was fairly new to the acting world when she signed on to play Chrissy Snow in Three’s Company. She got along really well with her co-stars Joyce DeWitt and John Ritter for the first three seasons. However, things soon took a turn for the worse.

When the show became a hit, she asked for a raise. Suzanne wanted ABC to match John’s salary. At the time, Suzanne was making $30,000 per episode while John was making a whopping $150,000! ABC said no to her request.

Suzanne said the rest of the cast resented her

She kept acting on the series even though she was upset about the pay. Things paid off in a different way when Suzanne began winning awards. She felt like the other cast members resented her for being nominated and winning awards.

Suzanne admitted, “As the show became so popular, and I became so popular, in year three, I think I was nominated for an Emmy and nominated for a Golden Globe. It started creating on this happy set a resentment.” Suzanne admitted that for a long time, Joyce didn’t speak to Suzanne. They eventually made up many years later and Suzanne was able to chat with John before he passed away suddenly in 2003.

It sounds like there was a lot of jealousy on the set of Three’s Company!

Click for next Article
Previous article: Pat Sajak Admits He Once Hosted ‘Wheel Of Fortune’ Drunk
Next Post: Eat at the Table?