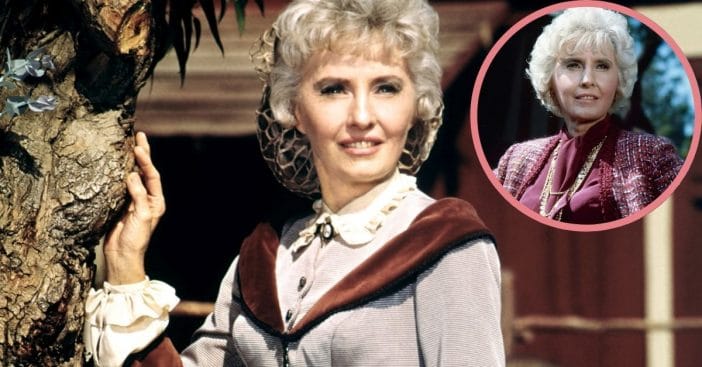 In the world of ranch handling, none managed it quite like Victoria Barkley from The Big Valley. To bring this matriarch of matriarchs to life, the revolutionary western recruited acting royalty in the form of Barbara Stanwyck. But what did her career consist of outside of Stockton, California? Find out here.

Barbara Stanwyck was born on July 16, 1907 to working-class parents. Sadly, heartbreak after heartbreak followed her from a young age. First, her mother died when Stanwyck was just four. Then, shortly after her funeral, her father disappeared when he went to work one day. Her oldest sister had to raise Stanwyck and her siblings, and that elder sister would later die at just the age of 45. Other times, Stanwyck was placed in – and ran away from – foster homes. Because of this, few family members remained to see Stanwyck finally make it big, first as a Ziegfeld girl.

Life imitates art and vice versa for the queen of Stockton

Even before she became the queen of Stockton, Barbara Stanwyck gradually came to live the dream through her career. When she earned her first leading role, it came from Burlesque (1927). Then, in 1941, she became a movie star who managed to steal the show in the Henry Fonda film The Lady Eve. To this date, it’s regarded as one of the best romance films of all time. That same year, she received an Oscar nomination – but that was actually for a different film, Ball of Fire, directed by the legendary Howard Hawks. This trend continued four times total for the star of the stage and screen, so often that Barbara Stanwyck earned the accurate title “The Greatest Actor to Never Win an Oscar.” That would finally change with an Honorary Oscar win in 1982.

Stanwyck’s ascent came primarily through movies (after the stage, of course), so she rounded it off her career with television, which welcomed her with open arms. She also put her own influence on the way shows operated. All of her characters would be strong, capable women, rather than meek wallflowers to help the men shine better. In fact, it was Stanwyck’s idea to craft Victoria into such a strong woman, refusing to play her as a weak, grieving widow and pawn.

During her time on The Big Valley, Stanwyck bonded with some cast members more than others. For instance, she got along famously with co-star Peter Breck, who had idolized her for years. She also appreciated Richard Long’s gracious attitude towards all others. However, the same could not be said for her and Lee Majors. She saw Majors as rude and dismissive to everyone, especially those who weren’t stars of the show. In her eyes and the eyes of many, the only love he expressed was for himself, and that went against Stanwyck’s own humble, gracious and grateful attitude.

Did Barbara Stanwyck ever marry?

Barbara Stanwyck had been married and divorced twice. First, to actor Frank Fay from 1928 to 1935, then to Robert Taylor, another actor, from 1939 to 1952. Her career enjoyed much of her passions and her efforts proved worthwhile when Victoria Barkley earned Stanwyck three Emmy nominations and one win. Then, she further shed that honorary title by netting another Emmy for her 1983 series The Thorn Birds.

She and her former Big Valley co-star Linda Evans even reunited, with Stanwyck as Constance Colby in Dynasty and the subsequent spin-off The Colbys. With The Colbys, she acted alongside Charlton Heston but found the experience unpleasant and stayed for only one season. That would be among her final credits. With her career spanning seven decades, Stanwyck passed away in 1990 at the age of 82 and her ashes were scattered in California, where she reigned so famously for so long.