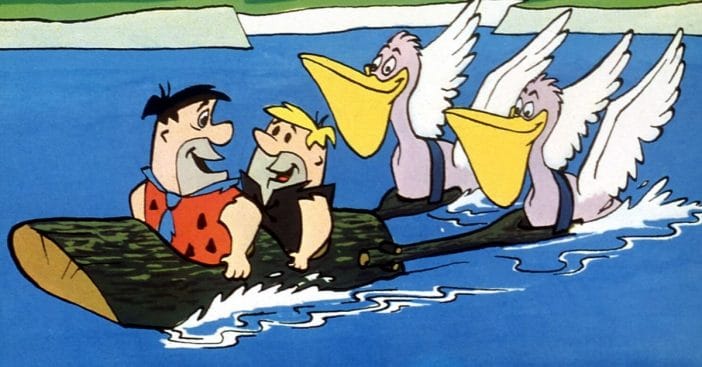 Alan Reed was the voice of Fred Flintstone while Mel Blanc was the voice of Barney Rubble. It turns out, they were best friends in real life too! It wasn’t always that way. They had known each other through radio work long before they were both cast as voice actors in The Flinstones.

Apparently, Alan had been a bit jealous of Mel’s success before the show. However, as they got to know each other through working on The Flinstones, that changed. The whole cast would do readings together and work on the script. They both recalled that it was quite fun.

Alan once said, “Mel, of course, plays myriad voices [on ‘The Flintstones’] besides Barney. He does all kinds of animals, and he does Dino. You can’t imagine — any time an unusual sound is required vocally, Mel’s there to do it.”

RELATED: Here’s What ‘The Flintstones’ Dodo, Tweety And Foghorn Leghorn Have In Common

Over the years, Mel was also the voice of Bugs Bunny, Porky Pig, Daffy Duck, among others. Alan mainly voiced Fred. He said, “It’s been a career. I love doing Fred. I’ve been having a ball with him.”

In conclusion, watch a scene of the iconic duo Fred and Barney below:

Click for next Article
Previous article: Rod Perry, ‘S.W.A.T.’ & ‘The Autobiography Of Miss Jane Pittman’ Actor, Dies At 86
Next Post: FLASHBACK: When Alex Trebek Dressed Up As Gene Simmons From KISS