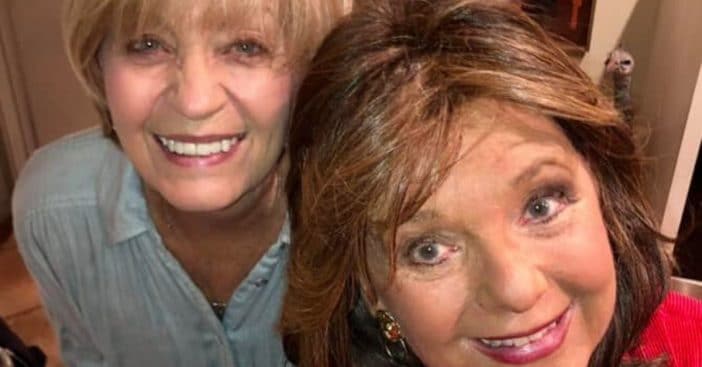 The world recently lost another Gilligan’s Island star. Dawn Wells (Mary Ann) recently passed away from COVID-19 related issues at the age of 82. Many stars, including the last-surviving Gilligan’s Island member, Tina Louise, shared their grief and memories of the late actress. Bob Denver’s widow Dreama became friends with Dawn and the rest of the cast after marrying Bob. Bob famously portrayed Gilligan in the series.

Dreama admitted that she had become very close to Dawn over the last few years. Dawn often visited Dreama in West Virginia and helped with the Denver Foundation. Her last visit was in February 2019. Dreama shared some fond memories about Dawn in an interview. She said, “Every memory is pretty special, but I think our time together on the road is what stands out for me. Often, we shared a room and sat up most of the night talking “girl talk.” In 2015, we did a book tour in Missouri and visited her alma mater, Stephens College. To see the welcome she received, to feel the love directed at her for her support of Stephens, was really special.”

Dreama was always close to the Gilligan’s Island cast but when her husband Bob died, she took over to represent him at public appearances. When she hit the road with the remaining cast, this is when she became even closer to Dawn. They stayed in touch with phone calls in-between visits and being on the road together. Dreama said they would talk about Gilligan’s Island often and said that Dawn was very protective of her character Mary Ann.

She shared, “Dawn loved and was forever grateful for ‘Gilligan’s Island’ and the fame it brought her. She never once complained about being known for the show. As a matter of fact, she was very protective of Mary Ann, understanding that her character was a role model for young girls everywhere, which made her treat Mary Ann with a lot of TLC. There was so much of Dawn in that character. Obviously, the sweet nature, the physical beauty (the woman never aged), and the nurturing quality of Mary Ann.”

Lastly, Dreama shared some fun facts that fans may not know about Dawn and the hit series. She said, “Two things that may not be common knowledge – Dawn beat out Raquel Welch for the part of Mary Ann, something that never ceased to amaze her. And, of course, she and the rest of the cast were the only people on earth who called Bob, Bobby. Every time we talked about him, she talked about how much she loved our Bobby.”

Dawn will be missed by Dreama, her friends and family, and all of us here at DYR.

Click for next Article
Previous article: Jimmy Carter And Wife Of 74 Years Rosalynn Share New Year’s Kiss
Next Post: Here’s What Happened to Fred Gwynne, from ‘The Munsters’ to ‘Youts’ and ‘My Cousin Vinnie’