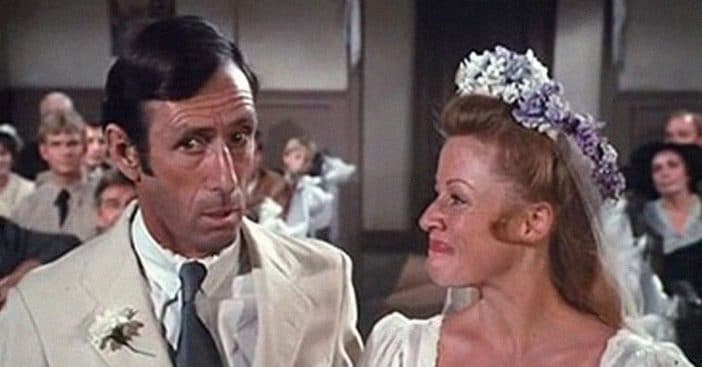 Yancy Tucker was one of the smaller roles in The Waltons but he still appeared in 19 episodes. He was also one of the craziest characters on the show, played by Robert Donner. Do you remember when he gets married to Sissy Walker? Sissy is played by Cissy Wellman. Turns out… Robert and Cissy were married in real life too!

They met on the set of a movie called The Disorderly Orderly in 1964. Before she was cast as Sissy, she appeared in The Waltons as another character. She was a waitress in the episode called “The Chicken Thief.”

Robert Donner and Cissy Wellman were married in real life

For a while, Cissy wasn’t that interested in being an actor. She was more interested in helping Robert become a big star. She once said, “You know, I got his career going, and we were traveling a lot. So I sort of stopped [my career] until ‘The Waltons’ in the Seventies.”

They got to marry each other for a second time on television, as their characters in The Waltons. Cissy called it “fabulous.” After her appearance on The Waltons, she found her love of acting again and guest-starred in other shows like Charlie’s Angels and CHiPs.

Unfortunately, their love story ended and they got divorced. Eventually, they both went on to remarry but their love will live on forever in The Waltons.