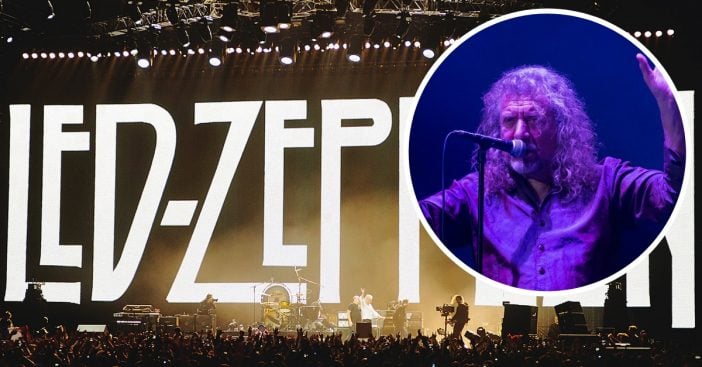 Robert Plant, former frontman of the rock band Led Zeppelin, has recently refused to join the rest of the group for a reunion tour. The last time the band reunited was for a one-off reunion show in 2007. Led Zeppelin had originally split soon after John Bonham’s death in 1980 when the band agreed that they just couldn’t go on without him.

Recently, Jason Bonham, the son of the late John Bonham, has revealed that he reached out to Plant about tour rumors after the reunion show, to which Plant replied it was never going to happen.

Jason Bonham took to an interview with Howard Stern on Sirius XM to drop the details on what Plant had told him. He said, “What you know of your father is amazing. But what we said all those years ago, we would be idiotic to continue on and not stand with what we said. We’ve done this, we did the show, we don’t have to do it again. Let’s just leave it at that.”

Sammy Hagar, formerly of Van Halen, also commented on the exchange between Bonham and Plant, and says he respects the way that Plant stated his refusal.

“That’s a first-class way of saying it. ‘I’m not coming back,’” Hagar comments on Plant’s refusal of a reunion tour. How many fighters, heavyweight champs, came back one too many times, all that stuff? We’re seeing so many people dying like flies in our business,” says Hagar, “I’m looking around me, thinking there’s gotta be a time I’m not gonna do this anymore. I respect Robert so much for doing that. As much as I want to see Led Zeppelin more than you.”

“I’m probably going to get some hate mail … but I think Jason is as good as his dad, and his dad would want to hear that. John died way too young; and Jason’s had so much more experience, and he plays just like his dad. Just think about that,” he continues about the Bonhams, specifically the connection between John and Jason.

So, it definitely looks like we won’t be getting a Led Zeppelin reunion with Robert Plant anytime soon, but luckily he is still involved with music and will be performing at the 50th anniversary Woodstock Festival this year.

Be sure to SHARE this article if you loved Robert Plant when he was in Led Zeppelin!

Check out the video below of a performance of “Stairway to Heaven” by Led Zeppelin during their reunion show in 2007:

Previous article: Scarlett Johansson Fears More Deaths Like Princess Diana’s After Being Chased By Paparazzi
Next Post: Everything To Know About Duane ‘Dog’ Chapman’s New Series, ‘Dog’s Most Wanted’