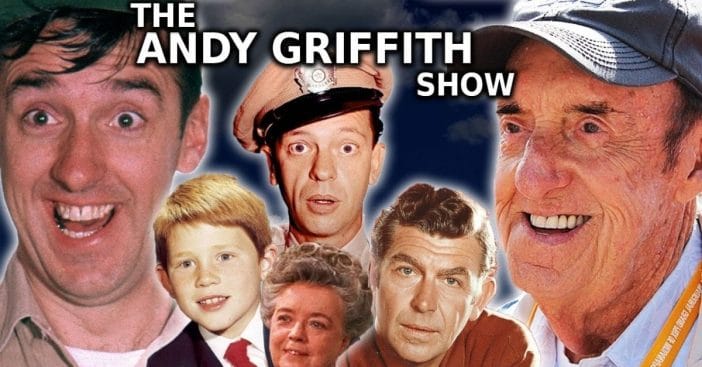 The Andy Griffith Show was and remains a timeless classic. A series that evoked nostalgia across generations, it was one of the top shows of its time, never dipping below seventh in the ratings, and securing the No. 1 spot for its final season. Fans grew to know these Mayberry residents like their own friends or family, and its widespread success spawned spinoffs such as Gomer Pyle USMC and Mayberry, R.F.D.

The father-son relationship was wholesome and the chemistry between Andy and Barney was sublime. We loved this heartwarming and enduring program, and the phenomenal cast was the biggest reason why. We’re doing a look back at the cast of The Andy Griffith Show, so get your fishing poles ready, we’re heading down to Myers Lake. Let’s check it out!

Andy Taylor was the composed sheriff of Mayberry who offered his counsel to everyday townsfolks as well as his young son, Opie. Teaching about important lessons on character and values. Sheriff Taylor enjoyed the simple things like fishing with his son or strumming a guitar. A North Carolina boy, Andy Griffith got his start being a monologist, performing stories such as, What it Was, Was Football, It was released as a single in 1953 and reached #9 on the charts. It was so popular he got to perform it on The Ed Sullivan Show!

In 1958 Griffith reprised an earlier stage role for the film version of No Time for Sergeants — which would also be credited as the direct inspiration for the later spinoff, Gomer Pyle, USMC. The film costarred the incredible Don Knotts and began a lifelong friendship and working relationship. In 1960, Griffith appeared on an episode of Make Room for Daddy as a county sheriff, and this role served as a backdoor pilot for The Andy Griffith Show, as both programs were produced by Sheldon Leonard.

In a way, Andy was the unsung hero. Although he never received writing credit, Griffith worked on the development of every script. As others like Knotts took home Emmys, Andy was never even nominated. In 1967, Griffith was under contract for one more season but he refused and the show morphed into the spinoff Mayberry R.F.D, starring the great Ken Berry. Griffith did serve as executive producer and guest-starred in five episodes. Post-’60s, Griffith started his own production company and starred in less-successful shows like The New Andy Griffith Show and Salvage 1. But Andy would once again hit the jackpot with 1986’s Matlock, where once more we got to watch Griffith and Don Knotts at it again.

In addition to his recordings of comic monologues in the 1950s, Andy recorded an album of upbeat country and gospel tunes. Mr. Griffith sadly died in 2012 at the age of 86 back in his home state. There’s even an Andy Griffith Museum in Mount Airy, North Carolina. A legend through and through.

Oh, little Opie, the son of Andy. The legendary Ron Howard portrayed this typical and likable rural baby boomer. He got his start in 1956, being brought to sets like Frontier Woman by his actor father, Rance Howard, and being used in the shoot. Then in ‘59 at just five years old, he landed a recurring character named ‘Stewart’ on Dennis the Menace. The following year he became Opie and the world knew his name, face and pretty much everything about him.

We all know his starring role in Happy Days as Richie Cunningham. But many forget he was part of the 1971 to 1972 comedy-drama The Smith Family, co-starring with Henry Fonda and Darleen Carr, the younger sister of The Sound of Music star. Ever since Ron’s 20s, he’s slowly developed into a powerhouse director. He won an Academy Award for his direction of A Beautiful Mind and was nominated once again in 2009 for Frost/Nixon. Today, at 68, more recent directorial credits include Solo: A Star Wars Story (2018), Hillbilly Elegy (2020) and this year’s Thirteen Lives.

Aunt Bee was the paternal aunt of Andy Taylor and well-known in Mayberry for her cooking skills! One of the more popular Aunt Bee episodes is when she won some pretty expensive prizes on a game show and didn’t know what to do with them. Born and raised in Manhattan, Frances first started performing in vaudeville, then moved to Broadway. She got her big-screen break in 1951’s The Day the Earth Stood Still. After some silver screen success, she moved to television with her first recurring role in 71 episodes of It’s A Great Life.

She often played similar character-types to her iconic Aunt Bee. However, according to reports, she had a love-hate relationship with the role and was often quite difficult to work with. Production staff, including Andy himself, often took a very cautious approach when communicating with Frances in an attempt not to offend her. When Frances was found terminally ill in 1989, she reached out and repaired her relationship with Andy. That same year, she passed away at the age of 86, forever remembered as the moral compass of Aunt Bee.

Deputy Barney Fife is a huge reason the show was so popular. His hyper mannerisms and comedic timing made him the perfect counterpart to earnest Andy Taylor, and Knotts was incredibly endearing throughout his five-season tenure. — and he was rewarded with five Emmy Award Honors. Beginning his career as a ventriloquist and comedian, Don Knotts did it all. His first big break was two years on the soap opera Search For Tomorrow beginning in 1953. Then he met Andy on No Time for Sergeants and the partnership was formed.

His next monster TV success was joining the cast of Three’s Company in 1979 as landlord Ralph Furley (check out that entire cast rundown if you haven’t already).  The man had a phenomenal career, though Knotts succumbed to complications of pneumonia in 2011 at 81 years old.

Thelma Lou was Barney Fife’s girlfriend and had the pleasure of covering his face with lipstick; too bad they never did get a wedding episode. Betty Lynn began acting in 1948, one of her first roles being the original Cheaper by the Dozen in 1950.

She scored a recurring gig on The Magical World of Disney’s Texas John Slaughter, but it would actually be this contract that got in the way of a more regular role on The Andy Griffith Show.  She retired from Show Business in 1990 and actually moved from LA to Mount Airy, NC to be closer to her fan base. She died at age 95 on October 16, 2021 after a brief illness.

Goober Pyle was the slightly less dimwitted cousin of Jim Nabors’ Gomer. As such, he was the honest mechanic of Mayberry, providing a lot of comic relief. Interestingly, Lindsey actually originally read for the part of Gomer. Moving to LA in 1962 and began some tv work, including three episodes of The Alfred Hitchcock Hour in 1964. Then it was time for his ascent to stardom as Goober. Lindsey followed the show to it’s Mayberry R.F.D. in 1968, and was also a regular guest on the country variety show, Hee-Haw, playing a more rustic version of Goober.

Goober was no Goober, however, Lindsey helped raise over a million dollars for the Alabama Special Olympics over years of Celebrity Golf Weekends. George Lindsey died in 2012 at the age of 83 from heart failure.

Gomer Pyle was introduced in the middle of Season 3 and was a bit simple-minded with a childlike nature. Nabors was discovered by Andy himself while working at a Santa Monica nightclub. After Howard McNear returned to the show following health problems, Jim Nabors pitched the idea of his own spin-off program, Gomer Pyle USMC which went on to enjoy five fruitful seasons. Jim was pretty typecast as Gomer Pyle, so after growing tired of the “prime-time TV grind” he abandoned television for concert gigs and tours due to the fact that he was an extremely talented baritone singer.

He then moved to Hawaii and launched a new live show which ran for two years. He continued to sing occasionally, but for the most part, was out of the public eye. His final TV credit was in the 1991 reboot of The Carol Burnett Show. In 2013, Jim married his partner of 38 years a month after same-sex marriage became legal in Washington state. They had met in the ’70s when Stan Cadwallader was a fireman in Honolulu. Jim died at his Honolulu home at age 87 in 2017.

Richard played Opie’s friend, ‘Johnny Paul Jason,’ who was part of 13 episodes of The Andy Griffith Show. Richard Keith got this stage name with help from the legendary Desi Arnaz, as Keith portrayed ‘Little Ricky’ on both I Love Lucy and the subsequent Lucy-Desi Comedy Hour. That took Keith right into his role in Mayberry, which was a very musically-gifted town. Keith himself was a professional drummer since the incredibly young age of 3. He never had any professional training yet as a child, but played drums with the Horace Heidt orchestra making $500 a week. Take that, Opie!

In 1969, Richard joined the rock group, ‘David and the Giants’, and today in his early 70s, Richard is also the executive director for his wife’s ballet company, ‘Ballet Magnificat!,’ which recently launched a Brazil chapter.  His autobiography, Life After Lucy, was published in 1994.

We don’t wanna leave Ron’s brother Clint off, who played ‘Leon’ in a few episodes and went on to have a great career as well. 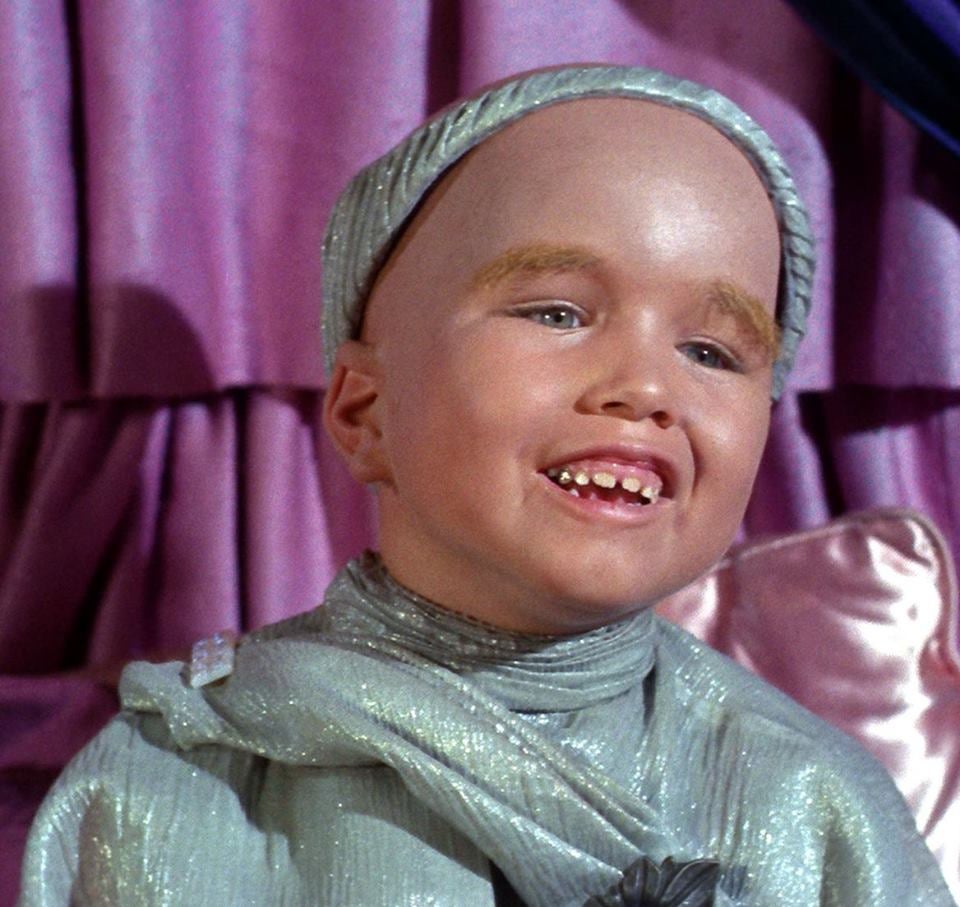 He was terrific in the late sixties show, Gentle Ben and in a guest appearance on the original Star Trek, and he never stopped acting, From Apollo 13, directed by big bro Ron, to The Waterboy, Clint’s been very active.

At 62 years old, no doubt we’ll still see Clint for years to come.

What a special program. If you had to pick, what episode would be your favorite? What character did we omit, that you thought was great? Let us know in the comments; we want to hear from you!