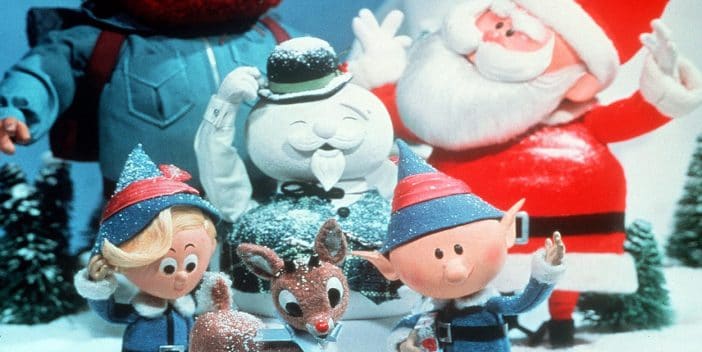 There is something a little odd about the fact that Rudolph the Red-Nosed Reindeer has been beloved by several generations of viewers beginning with its original airing in 1964, and continues to be an annual event when it’s aired every holiday season, but at the same time, most of the voice cast actually had fairly limited careers in terms of length.

There were exceptions, of course, like Burl Ives, who brought Sam the Snowman to life and enjoyed success in music, radio, television, and film that spanned some 60 years. But what about performers who gave us Rudolph himself, Yukon Cornelius, Clarice the girl reindeer, and, of course, Santa Claus? There were those who amassed quite a number of credits, but most worked for a few years and moved away from voice acting. Yet given how beloved Rudolph was and remains, it’s important to pay tribute to them as a means of thanking them for the joy they’ve brought us for all these years.

RELATED: Remembering ‘the Incredible Mr. Limpet,’ Which Turned Don Knotts into a Fish — and a Movie Star

Burt Icle Ivanhoe Ives had a career that started in the 1930s and went on into the early 1990s, but let’s face it: it was his voicing Sam the Snowman in Rudolph the Red-Nosed Reindeer in 1964 — and the accompanying Christmas standards “A Holly Jolly Christmas” and “Silver and Gold” — for which he’s best remembered. Things could be worse.

Burl actually was known as a singer, traveling around the country with his banjo and working odd jobs to make a few dollars. He ended up working at CBS radio in 1940 and focused on his folksinging and country music career, recording dozens of albums and singles between the ’40s and the ’70s. There were also many radio shows and specials, acting in stage shows, the roles in many of them, like Cat on a Hot Tin Roof, quite serious; appearing as a guest star on TV shows and miniseries, and being featured in about 30 movies between 1946’s Smoky and 1988’s Two Moon Junction. He was married twice and had one child.

He was a longtime smoker of cigars and pipes and was diagnosed with oral cancer in the summer of 1994. Surgeries, sadly, were not successful and he passed away on April 14, 1995, at age 85. In an interview filmed at Indiana’s Ball State University in 1970, Burl was asked if he had grown tired of Rudolph the Red-Nosed Reindeer. “No,” he replied. “I have watched it every year since we did it, and I will watch it again this year, God willing. This will be the 15th year. And I have seen it every year and it’s always nice. it’s amazing how well it holds up. I’m very pleased with it. It’s the oldest-running special and has had the greatest audience.”

Born in Canada, Billie Mae Richards was enrolled in dance lessons by her father when she was a little kid, hitting the stage for the first time at the age of five, where she performed with World War I veterans. Later she enrolled in the Royal Canadian Navy and became a part of the Meet the Navy show that performed in Europe as well as Canada. From 1950 to 1956 she acted and sang in radio dramas.

Billie moved into voice acting and performed on a variety of projects beyond Rudolph, including the 1967 series Spider-Man, The King Kong Show, and the Care Bears. She reprised the voice of Rudolph in Rudolph’s Shiny New Year (1976) and Rudolph and Frosty’s Christmas in July (1979). In 1940 she married musician Bill Richards and was with him until his death in 1995. They had a daughter, Judi Richards, who is a singer-songwriter. Billie died following a stroke on September 10, 2010, at the age of 88.

In an interview with Filmfax magazine, she said of voicing Rudolph, “Kids won’t believe it when my grandchildren tell them that their grandmother is really Rudolph. But I can prove it: ‘Hermey’s my friend. He wants to be a dentist. We’re misfits together.’ As soon as they hear that, they’ll say, ‘You really are Rudolph!’ They can always recognize the voice.”

Paul Soles has the distinction of voicing two iconic characters: Peter Parker on the animated Spider-Man Saturday morning series and Hermey the Elf on Rudolph the Red-Nosed Reindeer. In an interview with everythingzoomer.com, he said of Hermey, “Getting the role was no different than doing so in any other medium and insofar as what you bring to the character is you. Every actor faces the question of how do you relate to making this character as honest and therefore credible as you can? 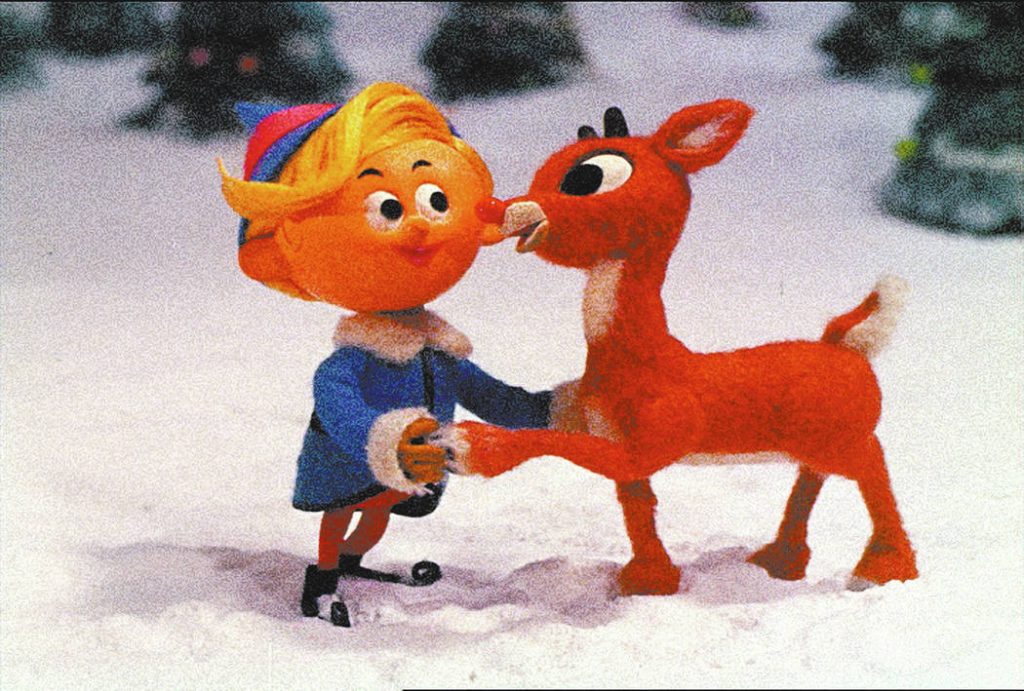 “Hermey,” he continues, “was forced by nature into a role that he was not comfortable with. He didn’t want to make toys, he wanted to be a dentist. I hope I’m not making an obtuse point, but to me it’s very real, because it took a long time for me to quite understand this. I certainly didn’t when I was doing it. Hermey and Rudolph were characters forced into circumstances not of their own choosing and they were alienated, told they were outcasts. Everybody’s been excluded at one time or another in their life and I think that was essentially true of the Rudolph/Hermey story. They were ostracized for one reason or another and eventually circumstances came about that they be accepted. We can all learn from that.”

Born August 11, 1930, in Toronto, Ontario, Canada, Paul made his debut on Canadian television in 1953 and enjoys a career that has spanned over 60 years — including the 2016 series My 90-Year-Old Roommate. He appeared on many different shows and, in addition to providing his voice on numerous animated series, he hosted a late-night comedy talk show titled Canada After Dark and served as a producer of documentaries. He died on May 26, 2021 at the age of 90.

The voice of adventurer Yukon Cornelius was provided by Larry D. Mann, a Canadian actor who actually got his start in 1949 as a disc jockey in Toronto. His acting career bounced back and forth between live-action and animation, motion pictures, and television, both in Canada and America. His first movie was 1958’s Flaming Frontier and his last 1980’s The Octagon. On the small screen, he was a part of Howdy Doody from 1954 to 1959 and his final TV appearance was a 1990 episode of MacGyver. He passed away on January 6, 2014 at 91.

The voice of Santa Claus in Rudolph was provided by actor Stan Francis, whose career as a performer was not a very long one. Things kicked off with several different roles on the TV series Hawkeye and the Last of the Mohicans in 1957, followed by appearances on shows like On Camera, Encounter, The Adventures of Tugboat Annie, and The New Adventures of Pinocchio, for which he provided the voice of Gepetto. His final role was as Santa Claus in 1964 as he died on March 15, 1966.

She thought Rudolph was cute, which literally sent him soaring into the air. Well, at least Clarice, the reindeer that Janis Orenstein voiced and provided the singing for “There’s Always Tomorrow” on Rudolph the Red-Nosed Reindeer, felt that way (we won’t speak for the actress regarding the little fellow’s cuteness). Janis was born on July 1, 1948, in Ontario, Canada, and is another performer from that special with a very limited career. Her debut was in the 1963 TV movie The Labyrinth and appearances that same year on the TV show Festival and The Forest Rangers. Her last role was voicing Clarice. She passed on December 30, 2010, at the age of 62.

Paul Kligman did triple duty on Rudolph, voicing Rudolph’s dad, Donner; the disapproving father of Clarice who would not have his daughter date that freaky reindeer with the glowing red nose; and the putzy, intolerant coach of the Reindeer games, Comet. He was born on January 21, 1923, in the Kingdom of Romania and emigrated to Canada in 1950. In addition to his parts in Rudolph, he voiced the villainous Red Skull, Thunderbolt Ross, and the Warlord King on The Marvel Super Heroes in 1966, and Daily Bugle Editor J. Jonah Jameson in 1967 to 1970’s Spider-Man cartoon. Following heart failure, he died at age 62 on August 29, 1985.

Carl, who was born January 23, 1929, in Toronto, has spent much of his career using his voice. It began by providing it for a number of roles in the 1961 animated series Tales of the Wizard of Oz, followed three years later by Return to Oz and, as the Head Elf (among others) on Rudolph. From there he’s worked pretty steadily, his final TV credit being as Grampa Uppity in 1998’s Dumb Bunnies. He shifted to being a radio disc jockey throughout the 1970s and 1980s, retiring in 1987. These days the 92-year-old is active in voice-over and narration commercial work and does “Talking Books” readings for CBM Canada, an international Christian development organization.

Click for next Article
Previous article: These Are The Most Wonderful, Highest-Grossing Christmas Movies Of The Age
Next Post: Karen Grassle Hated Filming Certain Scenes With ‘Little House’ Co-Star Michael Landon