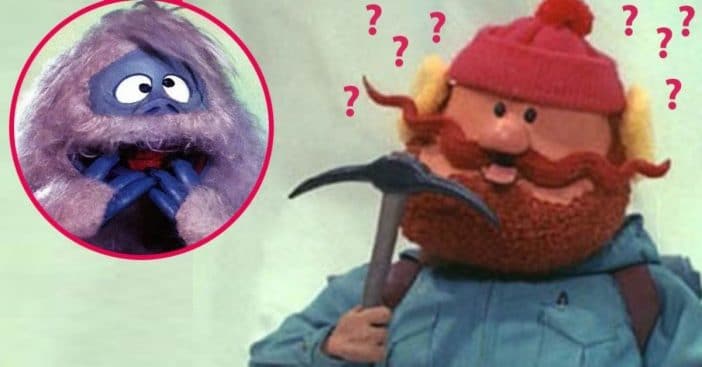 It all started when Montgomery Ward, a Chicago-based department store, hired Robert L. May to design a coloring book for the store’s Santa to give kids on Christmas and also as a marketing hack to bring in more customers. May created a book that spoke about his childhood experience of being a victim of bullying because of his short height and coy nature.

The book was called, Rudolph the Red-Nosed Reindeer, a holiday movie that plays in every household during Christmas. But, the movie came much later. May’s story as pictured in the coloring book was made into a song by his brother-in-law, songwriter Johnny Marks.

Why does Yukon Cornelius constantly lick his pickaxe?

However, let’s fast forward in the film to one of Rudolph’s dear friends during his entire journey, Yukon Cornelius. He’s a bit of an odd fellow, often licking his pickaxe which a lot of people may wonder exactly why he’s doing that. Well, there’s actually an entire deleted scene that explains why he licks his pickaxe. According to HuffPost, what is called “The Peppermint Mine Scene” is quite possibly “the most significant deleted scene” in the whole film.

RELATED: Are You An Expert On Rudolph The Red-Nosed Reindeer?

This all happens after Rudolph guides Santa through the air to the Island of Misfit Toys. Rudolph’s parents, Clarice, and Cornelius are featured in the scene, and Donner says “That’s my buck!” which confirms that he is no longer ashamed of his son and his bright red nose! Now, after that previous scene is where the deleted scene comes in. In the scene, Cornelius throws his ax in the air and lets it strike the ground. He picks it back up, licks it, and exclaims “Peppermint! What I’ve been searching for all my life! I’ve struck it rich. I’ve got me a peppermint mine … Wahoooo!” So, there you have it. That explains his odd licking behavior in the film; perhaps if they left the scene in it would have made more sense to viewers.