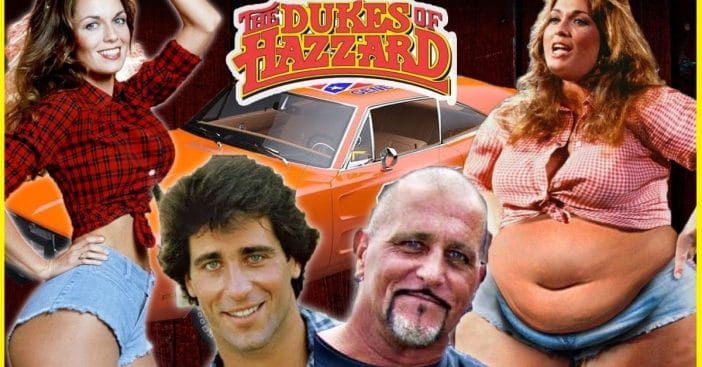 The Dukes of Hazzard is hands-down one of the most memorable and iconic comedy shows in history. Audience viewers watched the trials of the lives of the Duke family for six years straight in their hometown of Hazzard County. The last episode aired in 1985, but the show is still remembered as one of the best.

Now, 1985 was over three decades ago. We’re all curious to see how the cast has aged over the years. You may be surprised at some, others not so much! Let’s get into the good stuff…

Tom Wopat played the role of Luke Duke in The Dukes of Hazzard. That role wasn’t his first or last either. Tom Wopat got his start in Hollywood in 1970 on the soap opera All My Children. But he didn’t get another gig until his Luke Duke. Then he went on to appear in various musicals and released some music of his own as well.

RELATED: John Schneider Knows Why The Fans Love ‘The Dukes Of Hazzard’: ‘It’s About Family’ (Exclusive)

Further outside of Dukes, he booked 22 episodes of the hit ‘90s show Cybill. His character even tried to convince Jill to have an affair with him in Home Improvement. In 2012, he then took up work on A&E show, Longmire. This time, Wopat played a sheriff.

But, ironically, he’d then end up on the wrong side of the law himself. In 2017, he allegedly assaulted a woman backstage during a rehearsal for 42nd Street. But he’s mostly stuck to music, with his most recent album out in 2019, and he’s still acting at 70. He last appeared in an episode of The Blacklist and has filmed a few episodes for the shows County Line: No Fear and County Line: All In, both for 2022.

Here is a great panel at Comic-Con with both Duke Boys and Daisy, too!

Schneider played Bo Duke, Luke’s cousin. Everyone, especially his fawning fans, loved Bo’s signature yee-haw, which could be heard all around the country. This became so famous, it’s hard to imagine John Schneider actually had to adopt a fake southern to be accepted for the role.

He’s born in Mount Kisco, New York, to even land this gig, though, he told producers he was actually from Snellville, Georgia. He also told them he was 24 when he was actually 18.

After that, he continued using his skillful voice work in other gigs. In fact, Schneider embarked on a musical career not long after The Dukes of Hazzard called it quits. He released a total of nine studio albums and 18 singles. But like his co-star, he also stuck to acting and even enjoyed a reunion with him. Schneider’s biggest role outside of Dukes came from playing Jonathan Kent in Smallville. Naturally, when Wopat joined, the show featured a lot of Dukes references.

He also played Michael Landon himself in the 1999 made-for-TV biographical special, Michael Landon, the Father I Knew. But just as Landon got into some trouble with former co-stars, Schneider got into some trouble with the law. In 2018, he discussed facing an ultimatum for failing to pay alimony to Elvira Castle. He had to serve 240 hours of community service or risk actual jail time. At 61, he’s showing no signs of slowing his acting career down, though, most recently having acted in the show The Haves and the Have Nots. He’s currently filming several different projects.

Did you know John made a Christmas movie based on his Duke past?

Everyone was crazy over Daisy Duke, the iconic southern belle who literally invented the term Daisy Dukes for short-cut jean shorts. She definitely inspired many guys to tune in for each episode. Naturally, this qualified her as one of the most popular bombshells of the 1970s.

Before joining Dukes, Bach had a solid role in the 1974 Clint Eastwood, Jeff Bridges Thunderbolt and Lightfoot. She then became known as Anita Lawson on the classic soap Young and the Restless. But for the most part, unfortunately, after the show came to an end Catherine Bach’s acting career tapered off a little bit. However, that allows her to take life easy with her daughters as she’s now in her mid-60s.

One fun video from the past, Bach on Battle of the Network Stars

Catherine and the Duke Boys perform the theme song…

Byron Cherry joined the Dukes of Hazzard cast in season 5 as one of the cousins. His time on the show was brief, lasting only 19 episodes. Cars and women defined Coy Duke’s priorities, and he frequently pursued the latter while driving the famous (and infamous) General Lee.

He went on to act in other TV shows, including Murder She Wrote and In The Heat Of The Night. As part of a three-year contract, he also took part in Vietnam War Story. Later, he used his platform to become a spokesman for the American Cancer Society. He’s 66 years old today.

Let’s check out some Season 1 Highlights…

A TV Legend… Although Denver Pyle sadly passed away in 1997, we had to pay him homage and include him in this piece. As someone who was known for playing the “demanding father figure” role, it’s no surprise that in the black and white photo above, he is on the right as the officer. However, he still became fondly known as Uncle Jesse, not to be confused with the Elvis fan fromFull House. As the moral backbone, he even helped direct a dozen episodes.

Thanks to The Range Rider, he became even more of a household name. He also became an important part of the legendary Andy Griffith Show as the recurring character Briscoe Darling. Then, in 1968, he also became part of The Doris Day Show as Buck Webb. Around 1988, he used his fame to arrange a fishing tournament in Paris, Texas. Proceeds went to children’s charities. Uncle Jesse ended up one of his last roles, as the man died on Christmas, 1997. Rest in peace. His last role ever was as Jesse Duke in The Dukes of Hazzard: Reunion!.

Here are some highlights from Season 7!

What were your favorite moments from the show? Do you have a favorite character? Let us know in the comments, we read them all.

Click for next Article
Previous article: Courteney Cox Says Her Daughter Doesn’t Care About Meeting Celebrities
Next Post: Johnny Cash Was Jealous Of Elvis Presley When His Wife June Would Talk About Him