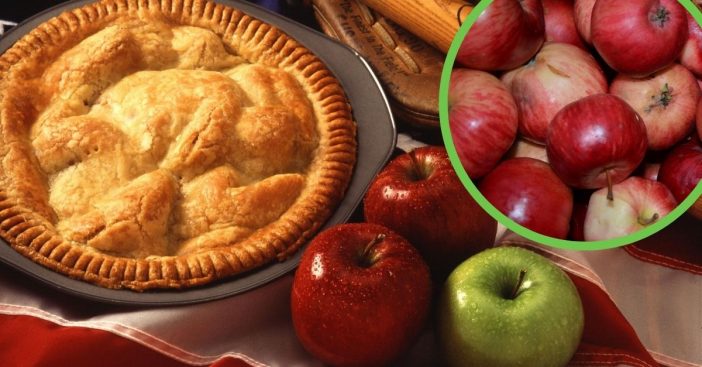 Cool weather often brings an insatiable hunger for a classic treat: apple pie. Many Americans have some treasured recipe or beloved store that bakes this well. However, apple pie – and the recipe’s star fruit – don’t originate from America.

A lot of this scrambled history ties to various human migration patterns. It’s also important to account for different lands possessing different native crops. With this in mind, let’s explore the true history of America’s favorite dessert, as much a patchwork as America itself.

As American as English coffin pastry

Recipes for this savory dessert trace back – not specifically to colonial America but further still, and farther. Today I Found Out writer Emily Upton notes the first recorded apple pie recipe comes from 1381, England. And it called for “figs, raisins, pears, and saffron in addition to apples. But no sugar for this ancient pie.

RELATED: Ten Delicious Recipes You Can Use To Make Grandma Proud

However, it did call for using what’s called a “coffin” pastry. This acted as the crust but acted more as a container than an edible part of the pie to enjoy. Additionally, recipes for Dutch apple pie date back to 1514. Dutch apple pie as we know it today calls for a streusel topping; a few also include cream and raisins in the filling.

The territory that now makes up the United States did not have apple trees native to the land. Instead, most apples came to the country from Asia, arriving when the pilgrims brought them over from their own trade experiences. When they got here, they found some crab apples but found this variety unsatisfying, especially for their needs.

And those needs were many. Settlers could lose their land if they did not visibly improve the property; one quick fix involved simply planting apple trees, which proved easy to maintain. Apples also gave them a way to make cider, the preferred drink given all the work beer required. All this can trace back to Central Asia. Known scientifically as Malus domestica, modern apples are the descendants of Malus sieversii, which made quite the journey from the mountains of Kazakhstan to our dessert plates.

Click for next Article
Previous article: Tom Kennedy, Host of Classic TV Game Shows ‘You Don’t Say’ and ‘Name That Tune,’ Dead at 93
Next Post: The Magazine Cover That Tore The Cast Of ‘Three’s Company’ Apart