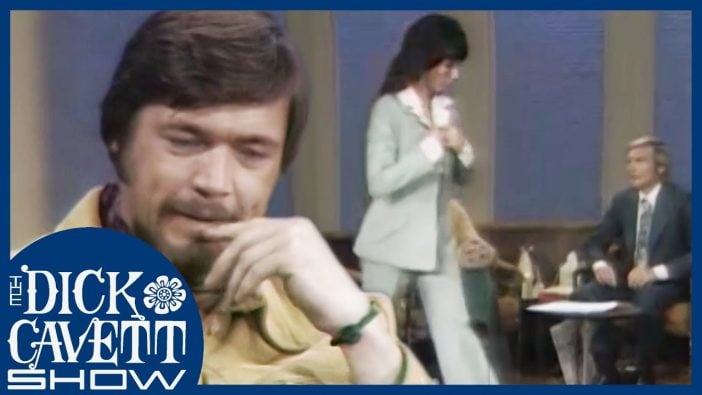 Some of the best moments in comedy come from spontaneity. Not every iconic line in a movie or comedy sketch came from the script. Often, that results in great laughs. But for Lily Tomlin on The Dick Cavett Show, one comment earned an angry departure instead of a laugh.

Host Dick Cavett had Tomlin and actor Chad Everett on his show. There, the host chatted with each, though the focus stayed mostly on Everett and his role in Medical Center. At the time of the episode, he had an upcoming special about animals. That topic drew intense criticism.

Chad Everett has a passion for animals

On March 31, 1972, Dick Cavett hosted Chad Everett and Lily Tomlin on his show. The segment focused primarily on Chad Everett’s appearances on Medical Center and a special about animals. The program, It Takes A Lot of Love, aimed to bridge the gap between human and animal communications so pet owners could understand their fluffy friend’s needs.

RELATED: The Most Sexist Print Ads In History

Things got off to a rocky start when Everett handed Tomlin a paperback with a brassiere in it. The garment was an open reference to Tomlin’s gender. The conversation moved on, however, to Everett’s love of animals. Upon Cavett’s query, Everett lists, “I have three horses, three dogs…and a wife.”

The addition gained a few stray chuckles from the audience. “Want to think about the billing order, there?” Cavett asked. “No, no,” Everett assured. He went on, “She’s the most beautiful animal I own.” For a beat, only silence answered his statement.

Then, Tomlin got to her feet with a gasp. “You own?” she asked as Cavett said, “Wow.” Tomlin then walked across the stage, stating, “I have to leave.” In contrast to the silence Everett’s comment received, Lily Tomlin earned applause from the audience as she walked out, straightening her suit as she went. It’s perhaps best Tomlin didn’t have to hear the comments Everett made after, which can be heard in the video below.