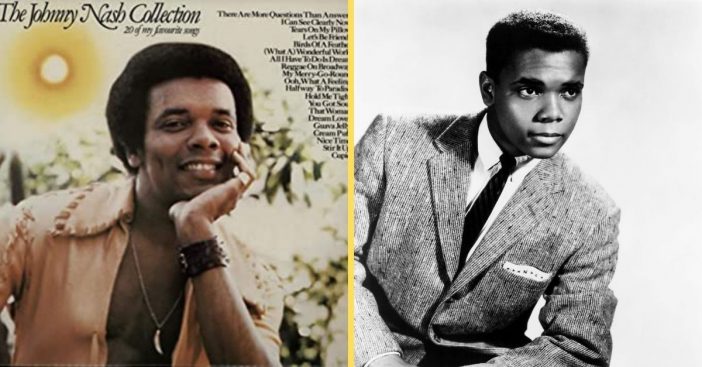 On Tuesday, October 6, Johnny Nash passed away. His son, John Nash, shared the news with CNN. The singer died at the age of 80. Natural causes claimed his life at his Houston home on Tuesday morning.

Nash’s voice remains immortalized in his song “I Can See Clearly Now” (1972). Upon its release, it quickly secured spot number one on the U.S. Billboard Hot 100. Its success even transcended borders and became a hit in the UK.

Born on August 19, 1940, Johnny Nash first gained exposure singing at his Progressive New Hope Baptist Church in Texas. By the age of 13, he began singing on KPRC-TV. Music fans heard him on a broader scale when he was just 17 and sang for the single, “A Teenager Sings the Blues.” Just a year later in 1958, his work earned a place on top of the charts thanks to his cover of “A Very Special Love” by Doris Day herself.

Together with Danny Sims, Nash formed JAD Records. During their time in Jamaican, the two teamed up with none other than Bob Marley, forming the group The Wailers. His website states that he was one of the first non-Jamaicans to record reggae, one of the genres he mastered, in Kingston, Jamaica.

The world mourns and remembers

Though his hit "I Can See Clearly Now" didn't release until he was 32, Johnny Nash had been singing and recording since the age of 17 https://t.co/kZMLqeUUX0

Johnny Nash left a powerful impression on the music industry at multiple levels. In 2012, Sims told the Houston Chronicle, “Johnny loved reggae. And he loved Bob and the guys. He taught Bob how to sing on the mic, and they taught Johnny how to play the reggae rhythm.”

Fittingly, “I Can See Clearly Now” drew from reggae for inspiration. On November 4, 1972, when Nash was 32, his song hit No. 1 on the Billboard Hot 100. Once again, it returned to the charts with a subsequent Jamaican cover of it. Family, friends, and fans everywhere hope the rain is gone for him as it helped part the clouds for listeners everywhere.

Click for next Article
Previous article: Vintage Halloween Costumes That Will Cause Serious Nostalgic Nightmares
Next Post: WATCH: Dolly Parton And Patti LaBelle Sing And Make Music With Their Long Nails