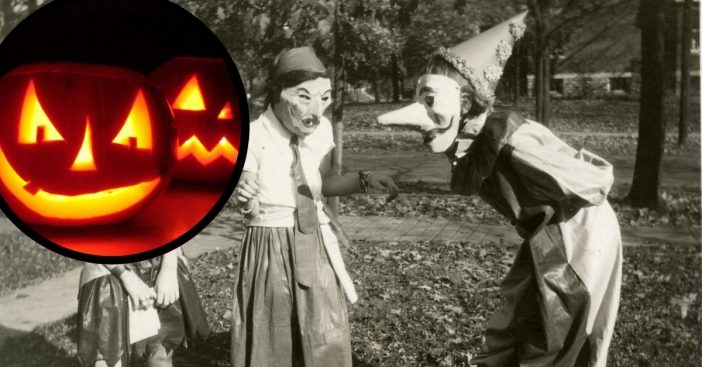 Each year, family and friends gather round to tell scary stories. They don costumes and prowl the neighborhoods to beseech neighbors for candy. Their masks can be heroic or downright terrifying. Interestingly, the history of Halloween and its traditions are a bit of both those traits.

Like many festivities that trace their roots back thousands of years, The importance of Halloween importance came from the changing seasons. As October drew to an end, the last vestigates of summer’s warmth and autumn’s bounty dwindled. Soon, winter would be upon the ancient Celtic people of 2,000 years ago. With winter came a sort of dark period with limited sunlight and thus limited food, warmth, and growth. They had their chance to make the most of what was available and had to endure from that point on until the spring thaw.

Transitional times in the year are auspicious. Just as the weather changes from helpful for harvesting to deadly cold. As the ancient Celtics celebrated the end of their hard work and preparations, something else shifted between worlds. On the night of October 31, the land of the living briefly opened up to the dead; the deceased could cross this dismantled border temporarily. Responses to the dead risen again vary across and within cultures. Mexico celebrates it fully with Dia De Los Muertos. Similarly, the Celtics revered this time – but also treated it with respectful trepidation.

RELATED: If You See A Teal Pumpkin This Halloween, Here’s What It Means

To celebrate the return of loved ones, they held bountiful festivities. They offered food, performed parades, provided drinks. In exchange, the living hoped their loved ones might offer some insight into the future, to prepare them for the months ahead. However, just as not all living people act with kindness, not all spirits would be benign on October 31. Fortunately, these ancestors from long ago came up with a way to combat any foul intentions. Their methods throughout history worked so well, they exist today in the form of beloved Halloween traditions.

PastFactory notes that this time is known as Samhain, pronounced “sow-in” could be dangerous. But a lot of the safety precautions seen in Celtic traditions (then in Christianity after its adoption) live on today. Should evil spirits walk the world of the living, they wouldn’t be able to find humans to pray upon – because those humans wore masks to blend in with malevolent specters. Today, soup is a cure-all when facing cold weather or a flu. But thousands of years ago, a simpler food won everyone’s worship: apples. In the face of dangerous spirits and dangerous winters, people held apples in extremely high regard for how easy they proved to grow and their versatility in recipes. They could even help lovers find each other. Just as apples, when consumed, prolonged life, apples set in water by unwed women and picked up by men could prolong life by creating families.

Christianity then Protestantism closed more of the distance between traditions then versus now. To worship their Biblical figures, Christians donned outfits in honor of angels and saints. These outfits went on for All Saint’s Day, All-Hallows Eve…Halloween. The Protestants introduced a more sinister addition to the autumn holiday. It began in 1605 when Guy Fawkes made his famous attempt to blow up Parlaiment. To match the mood of this chaotic plan, marauders caused trouble in the streets, creating what would be Mischief Night.

Jack-o-lanterns lit up these scary nights after the myth of a man named Jack who freed the Devil from a tree. No good deed goes unpunished and Jack ended up stuck haunting the world after he died, forced to use a carved turnip with lit coal inside for light.

Though one popular origin of vampires hails from Eastern Europe, a far cry from the Celtic roots previously explored, bats in general became symbols of Halloween because of their habits. Bats actually hibernate during the winter (not too different from the Celtics who had to bunker down during the snowy season). So, they feasted a lot in the last days of autumn, swooping around the autumn skies to eat bugs. Finally, we can thank the Puritans for superstitions surrounding black cats. The Puritans greatly feared witches and vehemently believed black cats acted as a witch’s familiar, a supernatural being that assisted the witch, acting as a guide. What are your favorite Halloween traditions with such mystical roots?