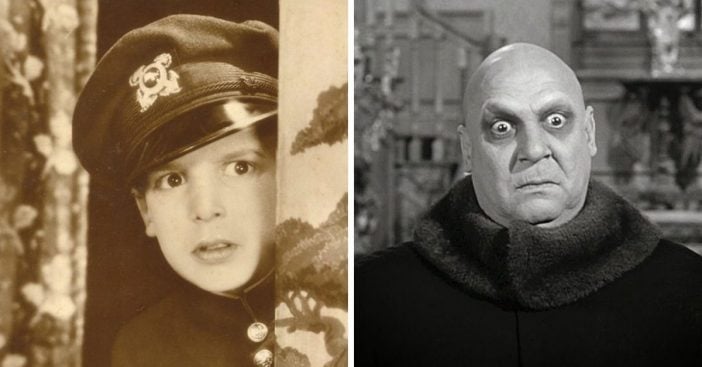 They’re creepy, kooky, mysterious AND, spooky… you probably know who I’m talking about: The Addams Family. It all began with a comic strip that would spawn many series, movies, and animated specials. One of the best versions, in our nostalgic opinion, was the ABC series that aired in the mid-’60s. One of the most beloved characters, Uncle Fester, was played by Jackie Coogan.

Jackie first started his career as a child star, discovered by the iconic Charlie Chaplin. He became quite successful, but that is truly when his real problems began. After playing Oliver Twist, he became Hollywood’s first child superstar. Unfortunately, he witnessed several life-altering events including the kidnapping and murdering of his friend and the car crash that killed his father.

Jackie Coogan had a rough childhood despite success in Hollywood

When he turned 21 years old, he discovered that his mother and stepfather had stolen all of the money he had saved up. It was $4 million which would be around $75 million today. He sued them but didn’t end up with much after legal fees. He did help pave the way for other child actors because the state then passed The California Child Actor’s Bill (also known as the Coogan Act). It would prevent other minors from being taken advantage of in this way.

Of course, in the ’60s he was cast as Uncle Fester in The Addams Family series. However, the role did bring up a lot of his childhood demons. It was said he battled drug and alcohol addictions as well.

One of his children, daughter Leslie said, “He had been doing the part for a while, I guess, and he came home crying-sober. He said, ‘I used to be the most beautiful child in the world and now I’m a hideous monster.’ That was heavy. Something just dawned on him one day. It hit him. He’d let go of it later, but it really had to do with his lost childhood. Later he came to cope with the Fester character and loved doing the character and loved doing the show. Then he cherished it.”

Click for next Article
Previous article: Breaking: Soap Actor Ben Jorgensen Dies At Age 51
Next Post: Why ‘Barney Miller’ Star Abe Vigoda Is The King Of Death Hoaxes To This Day