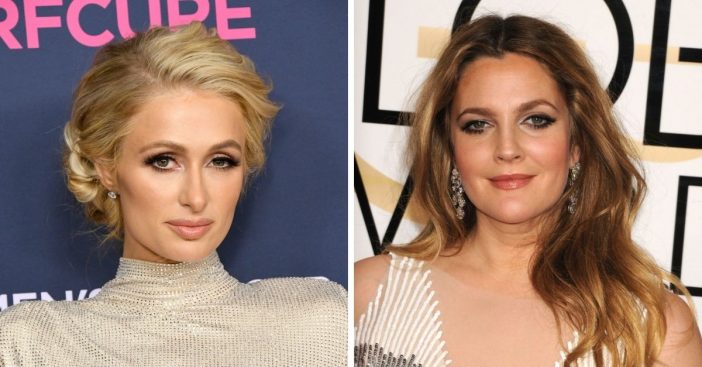 Drew Barrymore recently compared experiences with solitary confinement as a teen with Paris Hilton. Paris appeared on Drew’s new talk show to open up about her film This Is Paris. In the film, she discusses how she was abused at a boarding school in Utah.

Drew said, “So I want to talk to you and have you know that I’ve had the people come and take me away. I’ve been locked up in solitary confinement, I’ve been in a place for lengthy periods of time — we’re talking a year, a year and a half, plus. I haven’t seen a kind of story like this really reflected out there very often that’s one I recognize so deeply.”

Drew Barrymore and Paris Hilton bond over their troubled past

She said she suffered physical and emotional abuse at the school, which is now under new ownership. Paris revealed, “And she [the director] told me, ‘This is so important, that you tell your story because you’re going to help other survivors and people will want to come forward with theirs.’ It was very difficult for me, because it wasn’t something I ever wanted to talk about in public.”

RELATED: Drew Barrymore Apologizes To Andy Cohen For Doing This On His Talk Show In 2018

While Paris suffered a lot from her experience, Drew said that her experience was much different. She was placed in solitary confinement due to her alcohol abuse and bad behavior. She shared, “I have to tell you, the people at my place were really good. I mean, I didn’t like being thrown in solitary confinement. I will say that I was very rebellious.”

She continued, “I started riots there all the time. There was a lot of other kids like me, and my mom just didn’t know what to do with me. I was doing drugs. I was out of control. She just threw her hands up and threw me in there, not knowing where else to turn to. And that place really did help me and it did save my life, and I actually wouldn’t change a thing.”

In conclusion, watch more of the interview below:

Click for next Article
Previous article: Paul Lynde’s Childhood Haunted And Damaged Him His Whole Life
Next Post: Whatever Happened To Judy Norton, Mary Ellen From ‘The Waltons?’