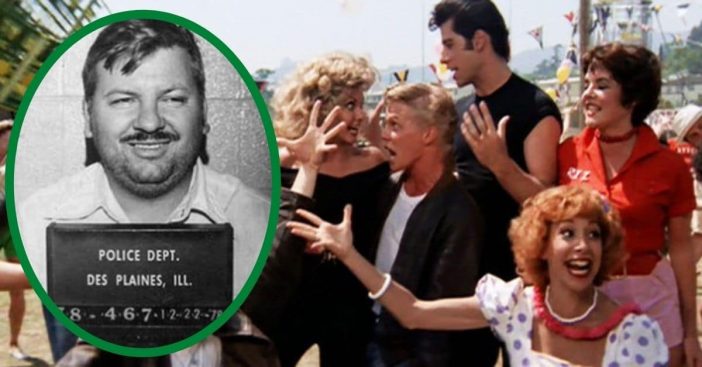 Why this year is automatic. It’s systematic, it’s hydromatic… It’s 1978! A year filled with sarcastic cats, feverish nights, and alien invaders! Yes, please! Today, we’re boogieing all the way back to the ’70s! What a year it was, complete with arrests of some pretty nasty serial killers, to Grease taking the world by storm.

Thinking about going on a killing spree in 1978? Think again, because the year just wasn’t a great time to be a serial killer. Just ask the murderous clown John Wayne Gacy and the campus killer Ted Bundy, who were finally tracked down by authorities. In another not-so-hot topic, two of the worst blizzards in memory struck first the midwest, then the northeast, dumping feet of snow and causing hundreds of millions of dollars of damage, and resulting in close to 200 deaths. That’s icy! But the most attention-grabbing headline from 1978 has to be the tragedy at Jonestown. Located in Guyana, South America, Jonestown was the jungle commune of the People’s Temple, a cult of American ex-patriots led by the charismatic preacher Jim Jones.

In November of 1978, Jones ordered his followers to commit suicide, and at gunpoint, over 900 people consumed Flavor-Aid mixed with cyanide, hence the phrase “to drink the kool-aid.” At that point, the Jonestown suicide/massacre was the largest loss of American civilian life in a deliberate act, ever. In happier news, the dream of peace in the Middle East edged closer to reality with the signing of the Camp David Accords between Israel and Egypt – the leaders of both nations shared 1978’s Nobel Peace Prize! And San Francisco passed one of the first laws that protected LBGTQ rights, which leads us to our next category, culture!

American culture in 1978 experienced a wide variety of firsts. The familiar rainbow flag was first flown in San Francisco as a symbol of the LGBTQ community, exploding into popularity after the assassination of gay rights activist Harvey Milk. In a victory for sinners everywhere, Atlantic City opened the first legal casino in the eastern United States, followed shortly after by President Carter legalizing the home-brewing of beer nationwide. Gambling and booze, yay! And who doesn’t love lasagna and hate Mondays?

1978 was the year that Garfield first appeared in papers nationwide, and the fat, lazy cat soon conquered the world. The comic strip would eventually appear in more than 2,600 papers worldwide, sell over $750 million dollars worth of merchandise, and spin-off 3 TV shows and 5 movies. But Odie’s nemesis would have to wait to take over film and tv, as America’s screens in 1978 were filled to the brim with other fantastic fares.

The world of TV in 1978 was a time of beginnings and endings for some of America’s most memorable shows. The beloved sitcom The Bob Newhart Show sadly came to an end after six hilarious seasons. But the void was quickly filled, as iconic prime time soap opera Dallas and the loveable cast of misfits in Taxi both aired their first seasons. The Blues Brothers also made their first appearance on SNL, and from the opening seconds, it was clear the duo were on a “mission from God” to make us laugh. Switching over to the silver screen, two seminal movies were released in 1978 that revolutionized their genres. National Lampoon’s Animal House ushered in the era of gross-out humor in comedies, while Halloween directly inspired the countless “slasher” horror films that followed it.

The two biggest movies of the year, however, were Superman and Grease. Superman was the first big-budget superhero movie and proved that heroes in capes and tights could make it on the big screen. Be sure to watch our Superman Then and Now video to find out how! And Grease was an absolute cultural phenomenon, a hilarious, nostalgic look back at high school life in the 1950s. With an all-star cast headlined by John Travolta and Olivia Newton-John, and filled with catchy songs impossible not to sing, the film was a smash hit and is still the highest-grossing movie adaptation of a Broadway musical to this day. But Grease didn’t only triumph at the box office, it also lit up the charts.

The soundtrack to Grease was one of the best selling records of the year and contained four of the Billboard’s top 100 hits. But if anyone owned the world of music in 1978, it was the Bee Gees, and more specifically eldest brother Barry Gibb. The Bee Gees were a British Invasion rock group who reinvented themselves in the late ’70s into a disco hit machine. The three brothers’ soundtrack for the movie Saturday Night Fever dominated the charts in 1978 – staying at number one for an outrageous 8 straight months and eventually selling more than 45 million copies. Three of the record’s singles, “Stayin’ Alive,” “How Deep Is Your Love?,” and the irresistible “Night Fever,” were among the top six hits of the year – not bad by any measure.

Barry Gibb also became the only songwriter in history to pen four successive #1 hits – in an era dominated by disco, the Bee Gees certainly earned their nickname as the “Disco Kings.” But the Bee Gees weren’t the only act in town – Donna Summer became the first female artist to simultaneously have the US’s number one single and album. And outside the realm of disco, rock gods Van Halen and all-around badass Prince both released their first records, ensuring that the future of music was in good hands. Speaking of good hands, let’s move on to the world of sports.

Sports fans had a lot to smile about in 1978. Baseball’s hit king Pete Rose joined an exclusive club when he whacked a short single to left field for his 3000th career hit. Rose also had a 44 game hitting streak, third-longest of all time and easily the closest anyone has come to Joe Dimaggio’s unassailable record in the last 80 years. Affirmed became the eleventh horse to win racing’s Triple Crown. Hopefully, you didn’t miss it, because there wouldn’t be another Triple Crown winner for 37 years!

Superbowl XII had America’s team the Dallas Cowboys defeating the Denver Broncos in both the first Superbowl played in primetime and the first played in a dome. Muhammad Ali is arguably the greatest boxer of all time, but by 1978 he was older, slower, and nearing the end of his career. When he lost to unknown journeyman fighter Leon Spinks, it looked like his career might be over. But Ali was undeterred, and 70,000 people paid a record $6 million to attend their rematch later in the year. Ali floated like a butterfly, stung like a bee, and won unanimously, regaining the world heavyweight title for an unprecedented 3rd time and cementing his legacy forever.

Technology was totally out of this world in 1978. Or at least some of it was. 1978 was the year that the first GPS satellite was launched into orbit, eventually growing into the GPS network that can pinpoint your location to within 11 centimeters. As someone who relies on his phone to get him everywhere, it is definitely one of my favorite events of the year. Louise Brown was the first baby to be born using in-vitro fertilization, in which the egg is fertilized outside of the womb in a lab. Known colloquially as the first “test-tube baby,” Brown’s successful birth gave hope to infertile women across the globe.

But the biggest news in technology in 1978 was the release of the video game Space Invaders. The goal of the game was to use your laser to destroy wave after wave of aliens dropping from the sky. As the aliens got lower and increased in speed the music intensified and the players’ pulse went racing until panic set in and the aliens ultimately triumphed. At which point you’d pop another quarter into the machine and start the whole process over. Space Invaders revolutionized video games and was responsible for changing the medium from a novelty into a worldwide phenomenon. It remains the highest-grossing video game of all time, taking in more than $13 billion in the 40 years people have enjoyed it. That’s a lot of quarters.

Unfortunately, there were several notable deaths in 1978. Drummer Keith Moon, Israeli politician Golda Meir, and iconic American painter Norman Rockwell all passed away. However, 1978 will always be remembered as the year of the three popes. In August beloved and long-serving Pope Paul VI died, and the Vatican struggled to pick a successor. Against his own wishes, they settled on the future John Paul I, who foretold that his “reign would be a short one.” He was right, as he passed away a mere 33 days into his Papacy. This time, the Vatican went with a relatively younger man, and John Paul II served the world for 27 years.

Wowsers. 1978, what a year. Where were you during all this? Were you dancing in the disco halls? What was your favorite movie of the year? Let us know below in the comments, we read all of them! We hope you enjoyed this ’78 rewind!

Click for next Article
Previous article: Kelly Ripa And Her Husband Donate To Homeless College Students
Next Post: ‘Bewitched’ Stole Certain Plotlines From ‘I Love Lucy’ Because Of One Sneaky Producer