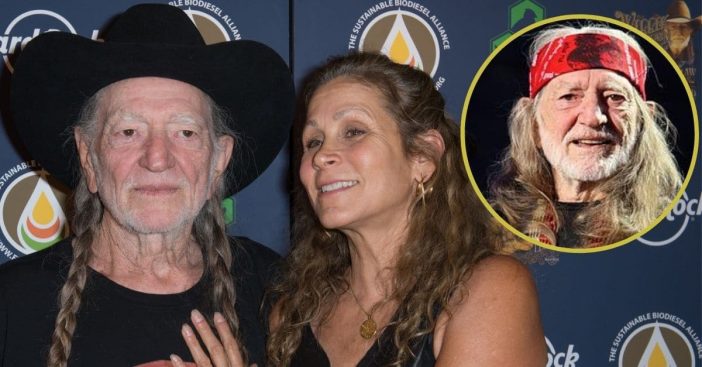 87-year-old Willie Nelson recently opened up about his past marital infidelities in his new book Me and Sister Bobbie. One situation he wrote about in the book was when he cheated on his second wife Shirley Collie after they had a daughter out of wedlock. Collie had found a piece of mail from a hospital in Houston and immediately knew something was going on.

“I tried to play it off as no big deal,” Nelson says about the situation. “I told her that I had to go to the hospital for something minor.” However, his wife was not buying it for one bit. The mail had specific details about what the hospital note was for. Nelson says, “the bill said the charges were for the birth of a baby girl, Paula Carlene, born to a Mrs. Connie Nelson.”

When Collie kept on pressing him about the identity of this ‘Connie Nelson,’ he couldn’t lie. He was caught red-handed in the matter, and Connie Nelson ended up being his girlfriend Connie Kopek. “Connie’s my girlfriend and Paula’s our daughter,” he told Collie.

Nelson would go on to split from Collie in 1971 and later, marry Kopek. However, he still hadn’t lost his old ways of infidelity and having a wandering eye. “I messed up another marriage,” he admits. “My wandering ways were too much for any woman to put up with.”

He was finally able to find love

Nelson eventually did find lasting love, though, with Annie Marie D’Angelo. They met when she was a makeup artist on his 1986 TV movie Stagecoach. “My love for Annie was all-consuming, but winning her over wasn’t easy. She had to be sure my marriage was over and that I was truly free,” he says of his relationship with her. “You’ve already seen that when it comes to romance, I had a gift for complicating things. But marrying Annie wasn’t complicated at all.”

“It’s about the smartest thing I ever did … thirty-four years after we first met, we’re still together and going strong.” As of today, he and Annie are still together. He has been married four times and is father to seven kids in total.
Click for next Article
Previous article: Breaking: Justice Ruth Bader Ginsburg Dies At 87
Next Post: Uncle Jesse Confuses Fans On How He Raised Little Michelle In ‘Full House’