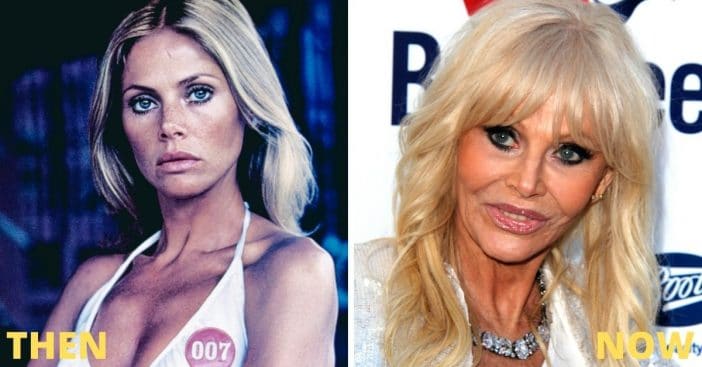 Former Bond girl Britt Ekland has admitted that she ruined her face with lip fillers. It started when she underwent a lip-plumping procedure in Paris, and it left her completely scarred. She calls lip fillers the biggest mistake of her life. “Everyone has the right to choose [surgery],” the 78-year-old said.

“I did all of that in my 50s but wouldn’t consider it again. I have no desire to look any different than I am.” At the time, Ekland received multiple injections around the rim of her lips with Articol. It’s worth noting that while bovine collagen was popular for a time in the ’90s, it’s now considered risky and is rarely used in the UK.

Ekland reveals that she underwent “excruciatingly painful” corticosteroid injections to try and “melt” the Articol. Then, she went to another doctor to just “take it all out.” Looking back, Ekland says that the whole thing ruined her face, but that she’s content with aging otherwise and isn’t interested in anymore procedures that would cause her to look more “youthful.”

RELATED: Bond Girl Valerie Leon Is Sharing Secrets From The Set Of The Films

“I feel great now, better than I have for many years,” says Ekland.”Getting older happens to everyone. It’s pointless complaining about it or wishing you could change.”

Back in June 2020, Ekland actually went on Good Morning Britain where she talked about plastic surgery enhancements and shared some advice to today’s youth. “It’s not going to give me more roles to make me look better. This is who I am and people have to accept it,” she said to host Piers Morgan at the time. “I think it’s tragic because the one time you look really good is before you’re 25. Everyone is altering themselves so they all look older and older and older.”

Click for next Article
Previous article: Whatever Happened To William Daniels From ‘Knight Rider’?
Next Post: Previously Silent WWII Veteran Opens Up About Normandy Invasion