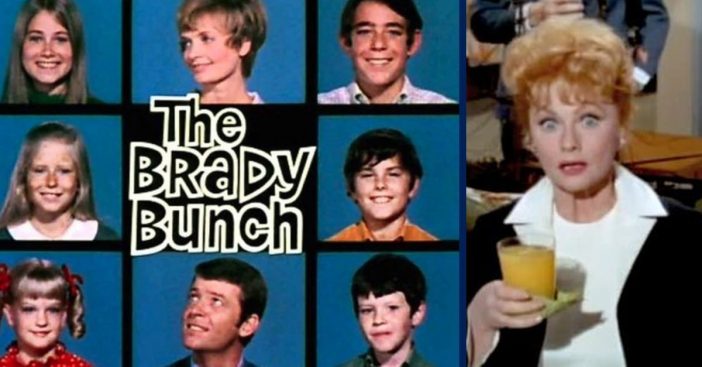 It’s a well-known story of a lovely lady bringing up three very lovely girls. Meanwhile, it tells the story of a man named Brady with three boys of his own. Everyone knows this show as The Brady Bunch. But during its conception, this famous show had a completely different title…and a slightly different premise. Both ended up very similar to a comedy film titled Yours, Mine, and Ours. Thanks to some astonishing similarities, The Brady Bunch faced a less-than-wholesome lawsuit.

In fact, they ended up so similar that producers of both locked themselves in a legal battle. The original ideas behind The Brady Bunch, rather radical for their time, came from real life. But because the idea was so radical, the network demanded changes show producer Sherwood Schwartz refused to make. So, it ended up on the back shelf, a partially-realized concept that would receive much skepticism when its time came.

Some stories can’t be made up

“Television was loaded with happily married couples, and single widows and widowers,” Brady Bunch producer Schwartz noted. “But there wasn’t any show that revolved around the marital amalgamation of two families.” However, all over America, these new families popped as a result of a post-war divorce trend. Reading up on one of these stories in the paper, Schwartz developed a script for The Brady Bunch. Originally, this budding show received the title Yours, Mine, and Ours.

RELATED: This Von Trapp Child Was Also Seen In ‘The Brady Bunch’ And ‘The Waltons’

Despite Schwartz’s own previous success with Gilligan’s Island, ABC was skeptical. They did not want the main couple to be married; at the time, though blended families became increasingly common, showing that on TV could be risque. Schwartz insisted. Producer and network reached an impasse and his script collected dust. Meanwhile, another movie came into existence starring Lucille Ball and Henry Fonda. In it, Ball and Fonda’s characters became a couple all while having kids of their own from a previous marriage. Ball’s character had eight children and Fonda’s had ten.

However, Schwartz fired back with a lawsuit of his own. Before then, his hands were tied; he based his story off of real events that the film producers could very well have encountered too, so he couldn’t say they deliberately copied. However, once they sued him, he could counter their accusations by pointing out his script came first. “You called your movie Yours, Mine and Ours by adding a kid of their own,” Schwartz wrote. “Just be happy I didn’t sue you.” With that, the two had to lower their arms and focus on their respective mixed families.