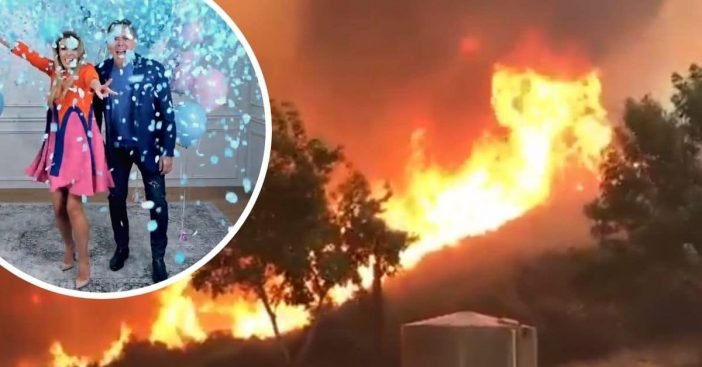 It has been confirmed that a pyrotechnic device caused some of the current California wildfires. A family was using the device to show colored smoke for a gender reveal photo. These types of photos are very popular for sharing the gender of a baby with family and friends. The El Dorado Fire is located about 72 miles east of Los Angeles. This fire started on Saturday at the El Dorado Ranch Park.

Reportedly, the family stayed and cooperated with the fire department and law enforcement. Unfortunately, this is just one of 23 major wildfires in California right now. For instance, this particular fire is less than 10 percent contained at the time of posting.

In addition, the California Department of Forestry and Fire Protection said, “With the dry conditions and critical fire weather, it doesn’t take much to start a wildfire. Those responsible for starting fires due to negligence or illegal activity can be held financially and criminally responsible.”

RELATED: How To Donate To The Brave Firefighters And People Impacted By Deadly California Wildfires

Videos are now going viral on social media showing the flames and the smoke. Many parts of California are currently experiencing high temperatures which are only making the fires worse. For instance, it was over 100 degrees in Los Angeles recently. In conclusion, learn more about this continuing story below: