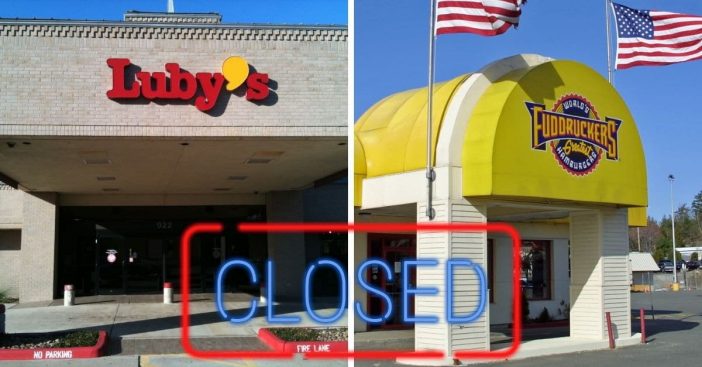 Just recently, Texas-founded restaurants Fuddruckers and Luby’s have announced their plans for liquidation. The board of directors for their parent company approved a plan to liquidate both restaurants. Luby’s may distribute approximately $92 million to $123 million to its stockholders then dissolve the company altogether.

As of September 8th, Luby’s operates eight restaurants in Dallas-Fort Worth. Some of them had already closed previously so it’s no surprise that the rest of them are also on their way out now. Fuddruckers lists seven restaurants of theirs in operation in North Texas, although six of them are listed as “temporarily closed.”

Fuddruckers and Luby’s closing for good?

Luby’s CEO and president is Christopher Pappas, who is also the CEO and co-owner of Pappas Restaurants. This is the Texas company that operates Pappadeaux Seafood Kitchen, Pappasito’s Cantina, Pappas Bros. Steakhouse, and more.

Fuddruckers was originally started in Dallas, TX by Phil Romano in 1979. His idea was to create a hamburger restaurant that could compete with McDonald’s. “I said, ’I’m going to make a bigger, better hamburger, take the [McDonald’s] clowns out, put beer in there, and make it more updated,’” he says.

Luby’s was founded much earlier in 1947 by Bob Luby, where guests would take their cafeteria trays and pick up the comfort food of their choice being served.

Click for next Article
Previous article: How You Can Go On A Real-Life Treasure Hunt For A Golden Ticket
Next Post: A Gender Reveal Photo Caused The Current Fires Blazing In California